Amarna Period 1340 BC – Reliefs in the tomb of Vizier Ramose TT55 and shabti of Hat – Photo: VB

How to determine the age of a shabti or ushabti

This page is intended as an aid when dating shabtis. Each shabti has specific attributes or features that occur often in a specific period. These are marked in red in the time bar. Yellow in the time bar indicates a period where the attribute occurs less often. If a feature occurs only rarely or not at all, the period is white.

If your shabti, for example, is holding a pick and a hoe, it can be dated from the 26th dynasty up to the Ptolemaic era. If you have a shabti holding two hoes, it was made between the end of the 18th dynasty and before the 26th dynasty. The pictures above the time bar show several examples with this feature. It is often possible to combine several features, allowing you to shorten the time span during which the shabti was made. In most cases this overview will yield a correct indication of the dating, but exceptions remain possible.

Please note the dating of the “False beard on private persons” since short beards are already being worn during the Middle Kingdom, and the New Kingdom and the Third Intermediate Period have also produced a number of shabtis with beard. This often points to a pharaoh or someone very close to the pharaoh. In the Late Period virtually everybody gets a rather long beard. So most shabtis with a long beard are from the Late Period.

One Pick and one Hoe 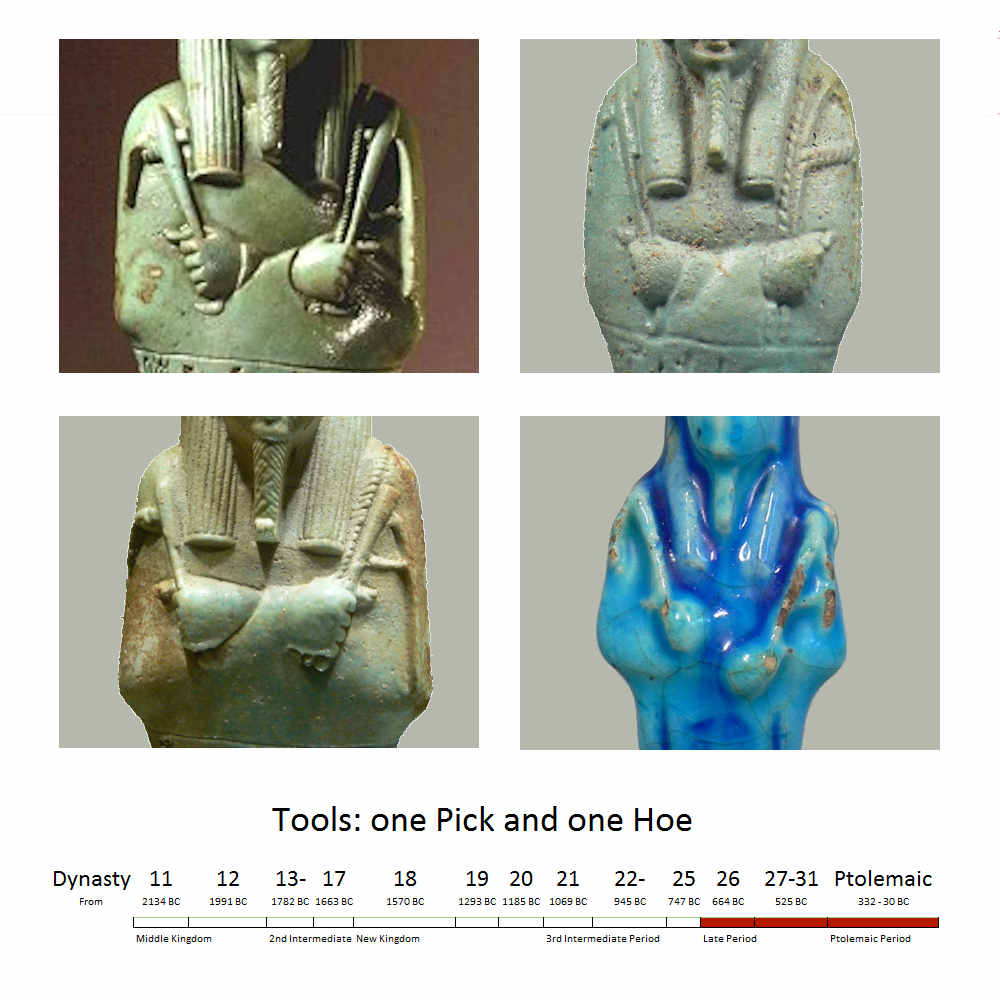 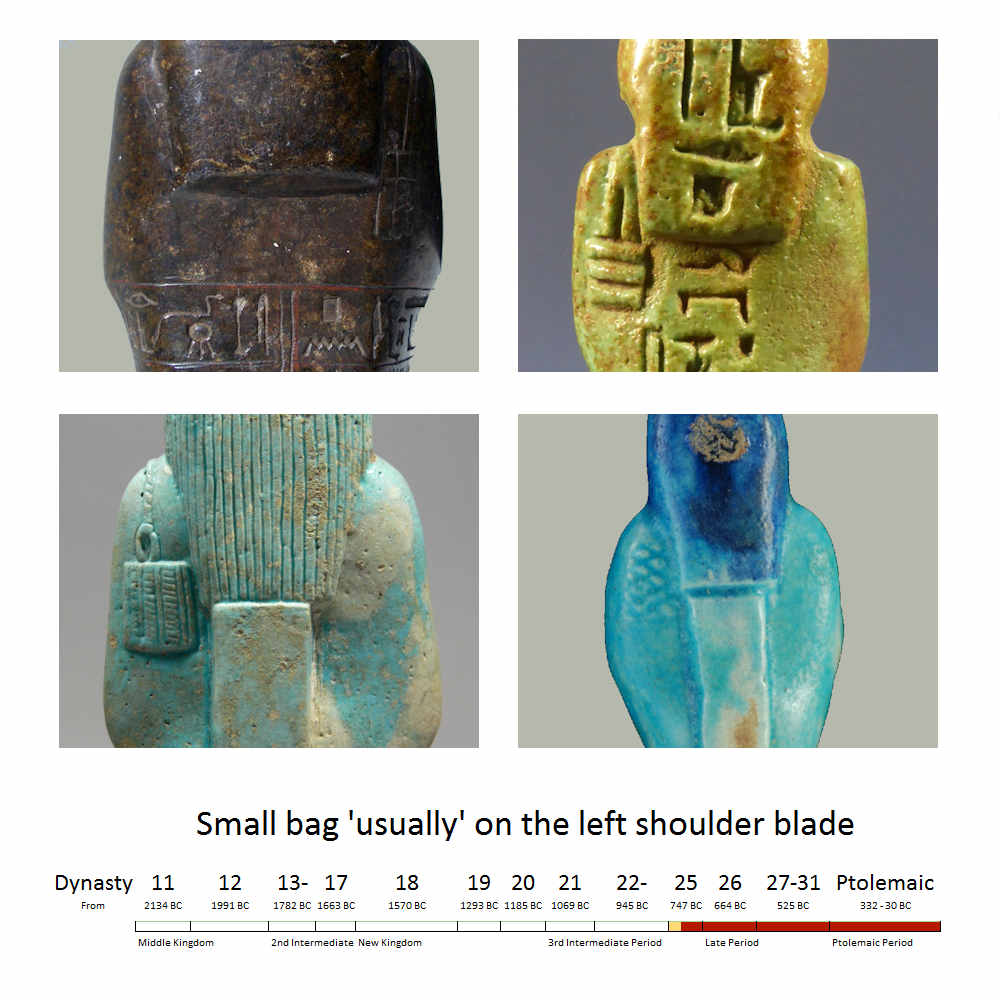 Bag in the middle of the back 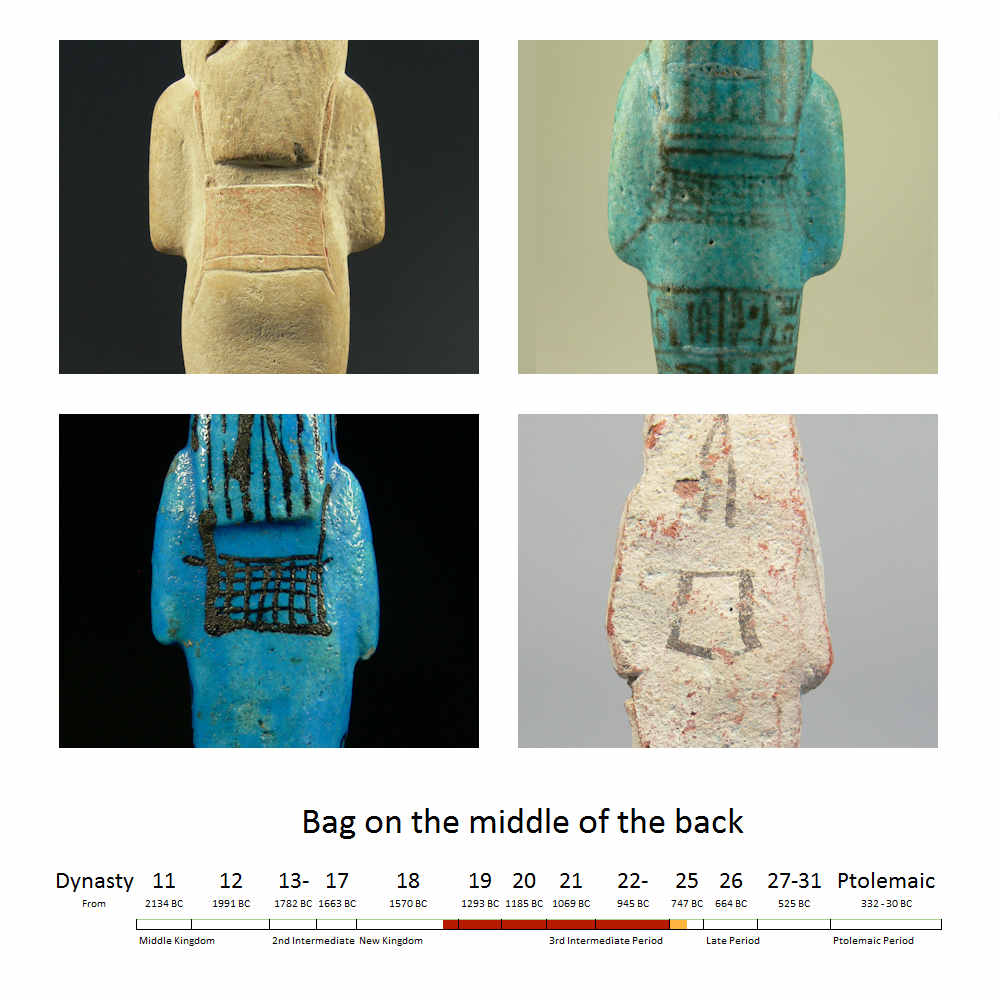 Yoke, bags, pots or brick moulds on the back 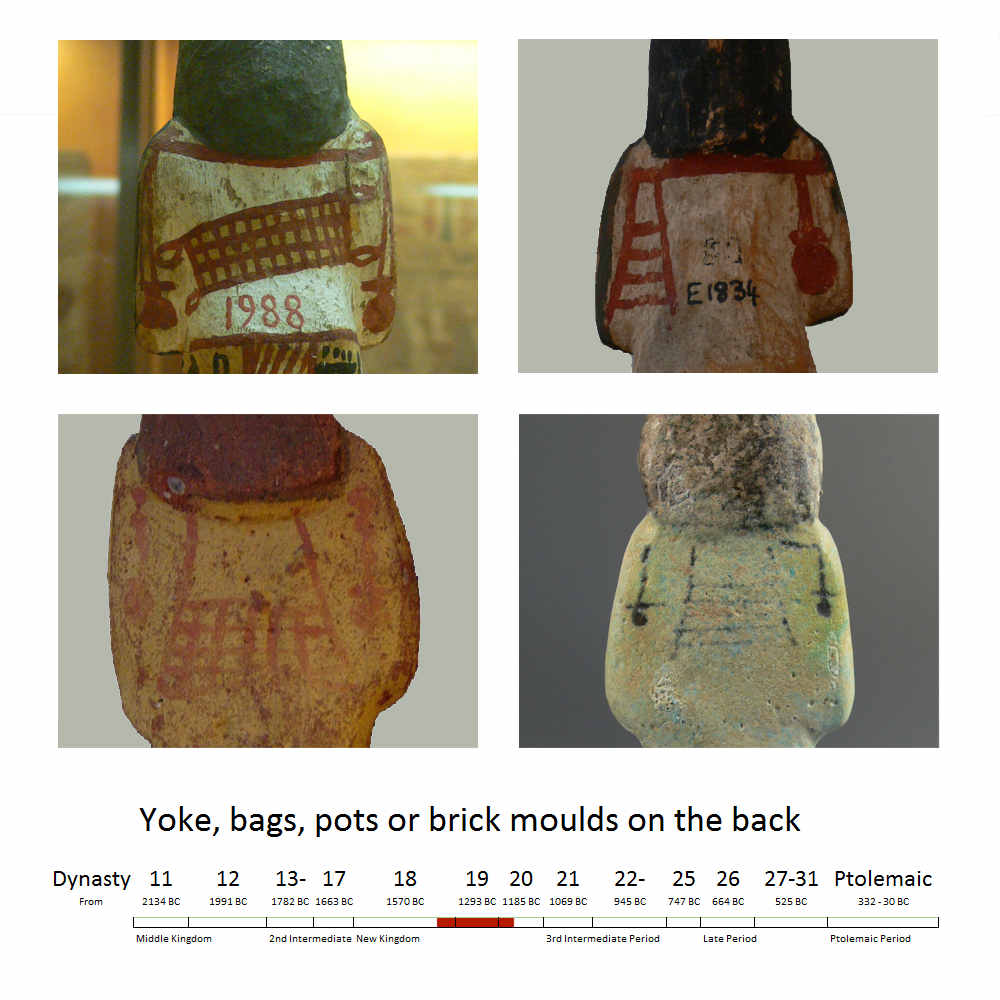 Yoke, bags, pots or brick moulds on the front 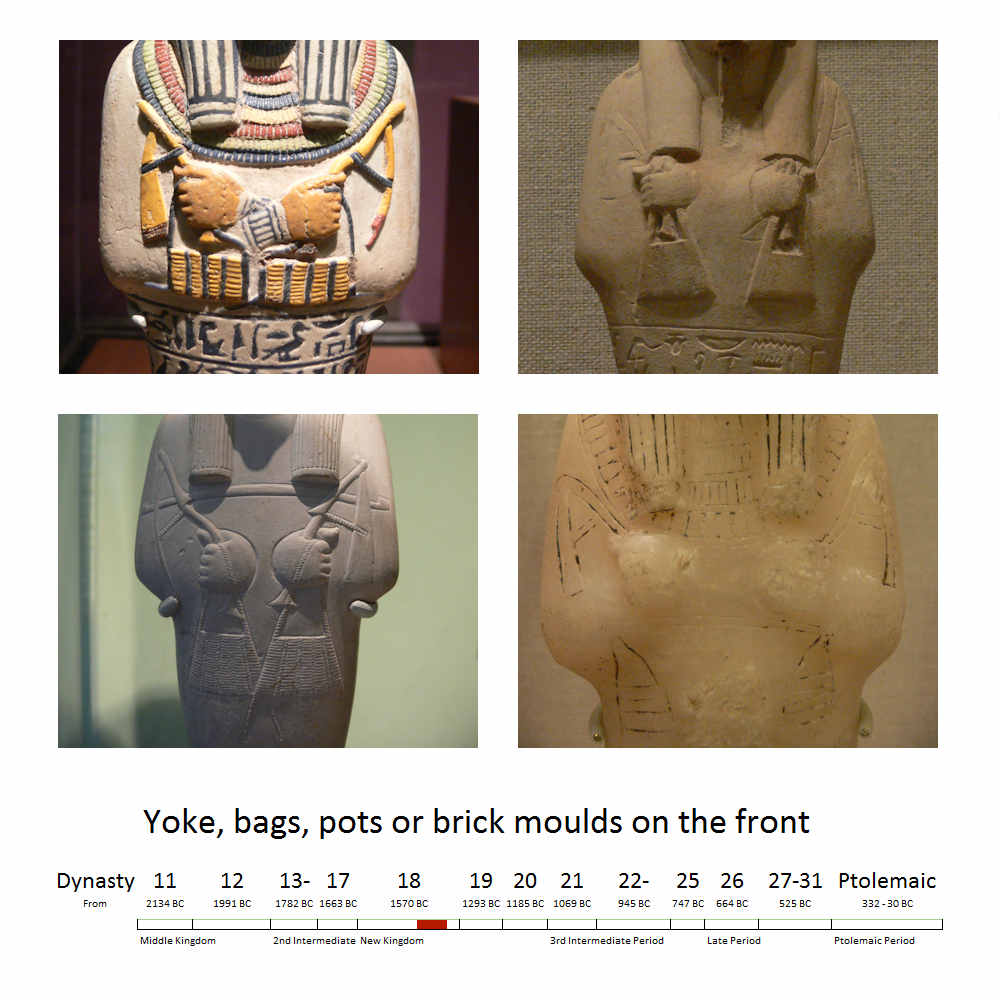 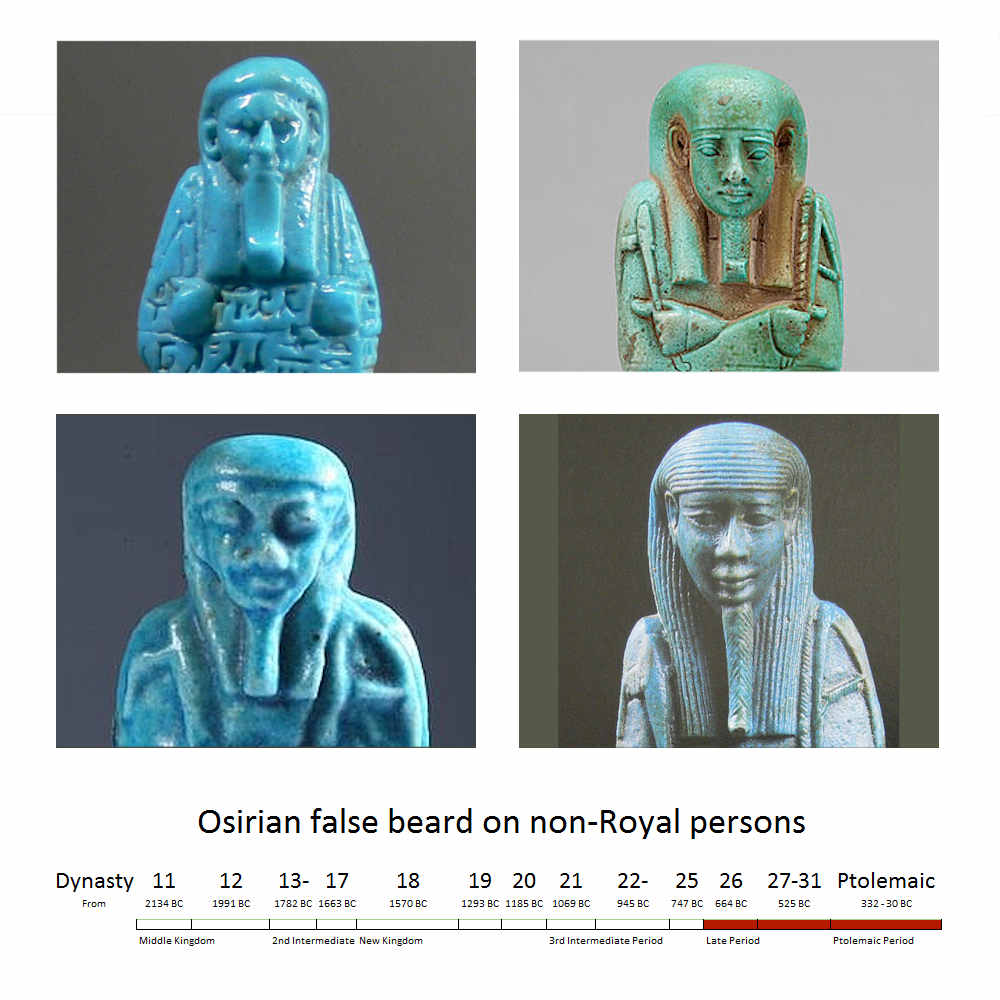 Back pillar with trapezoidal pedestal 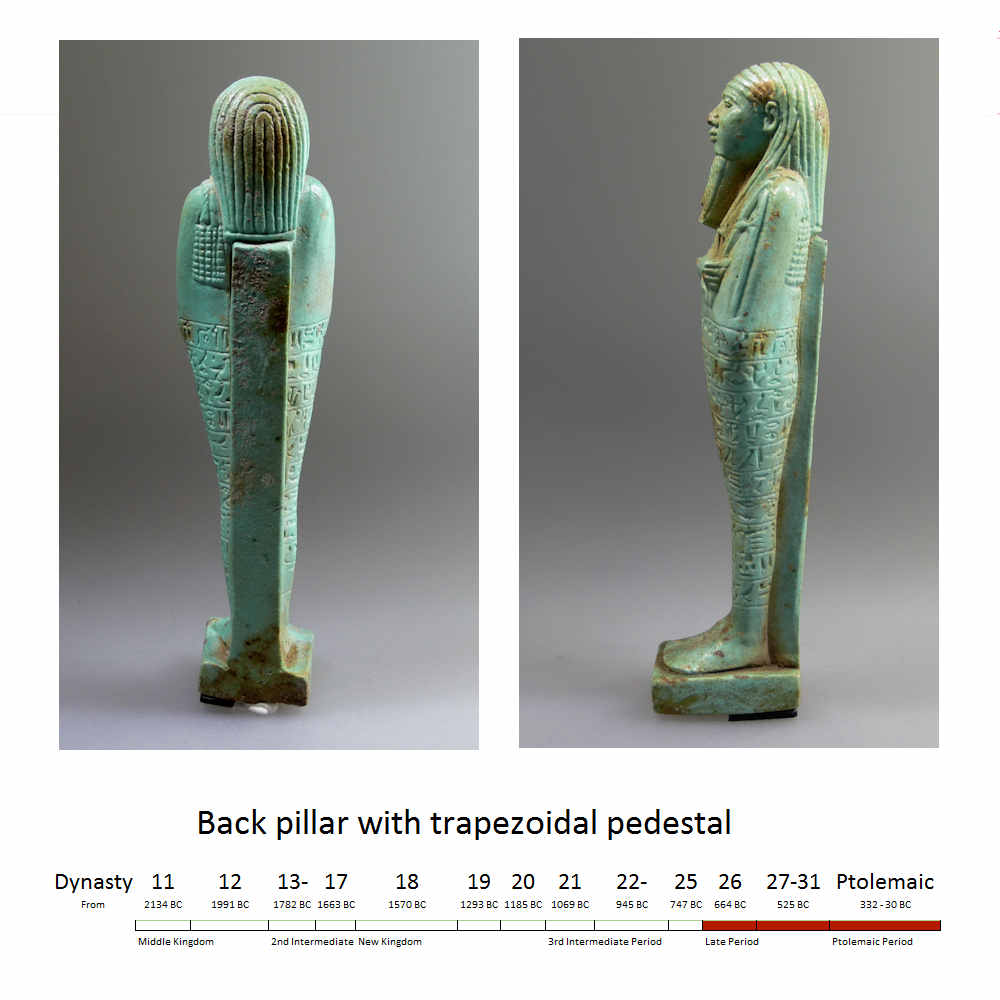 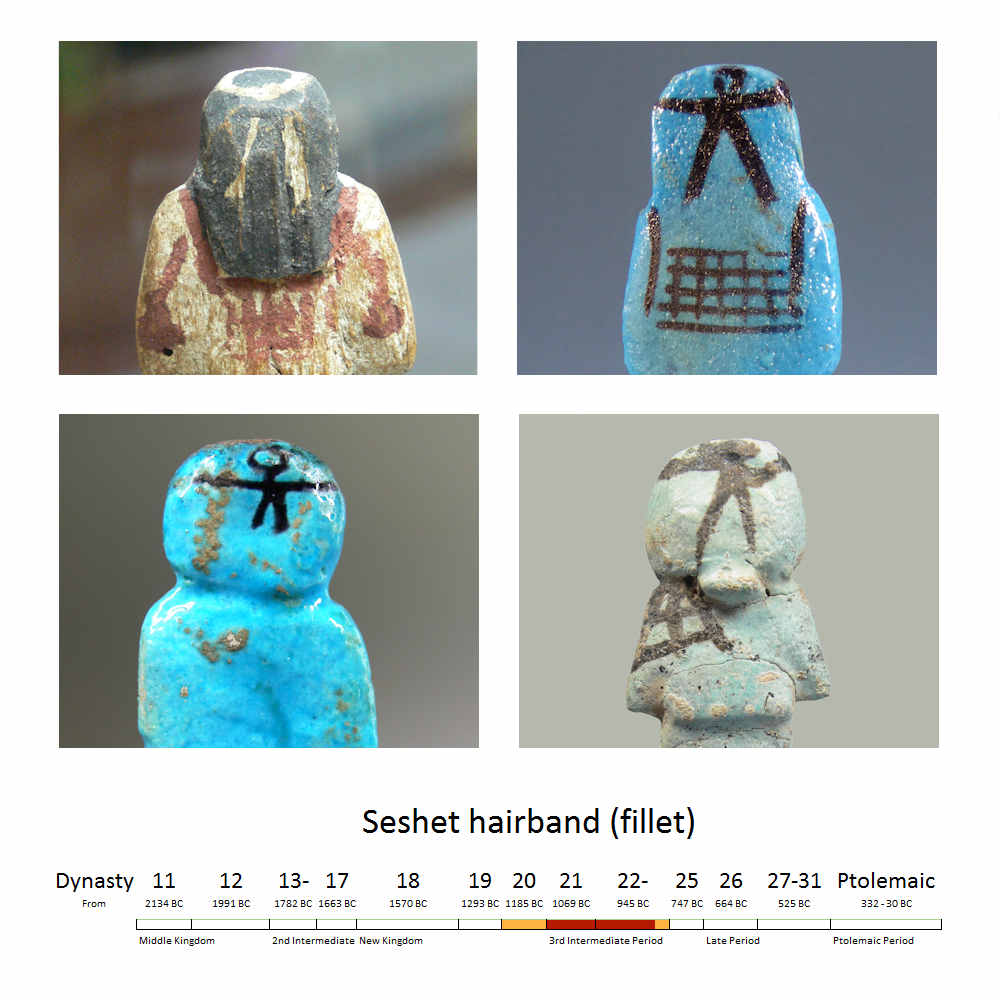 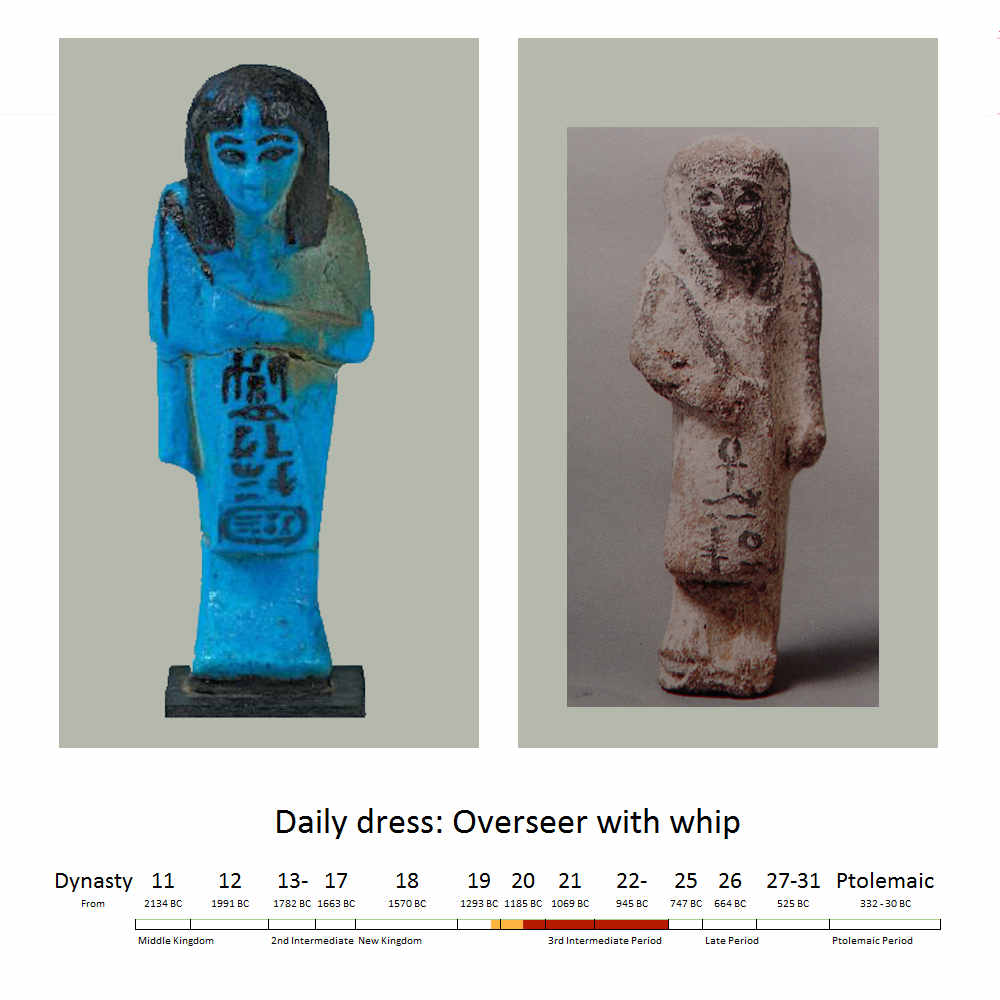 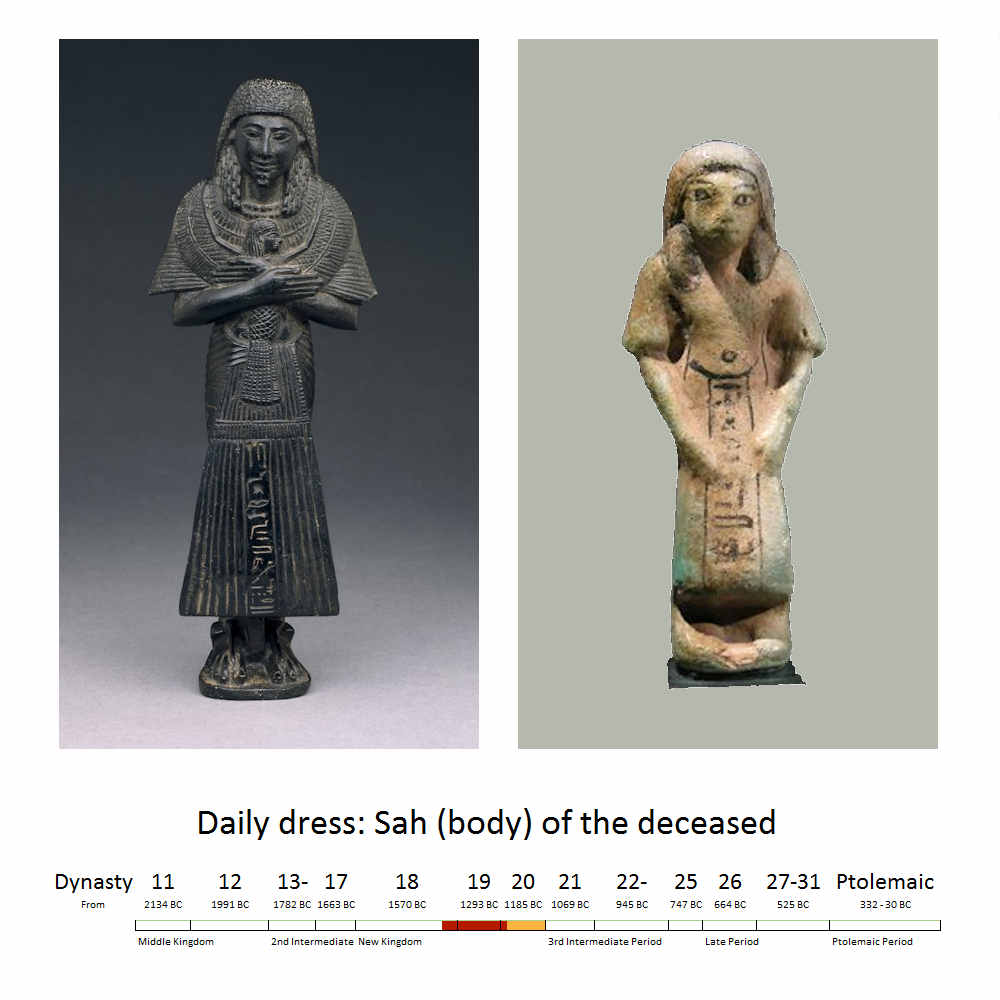 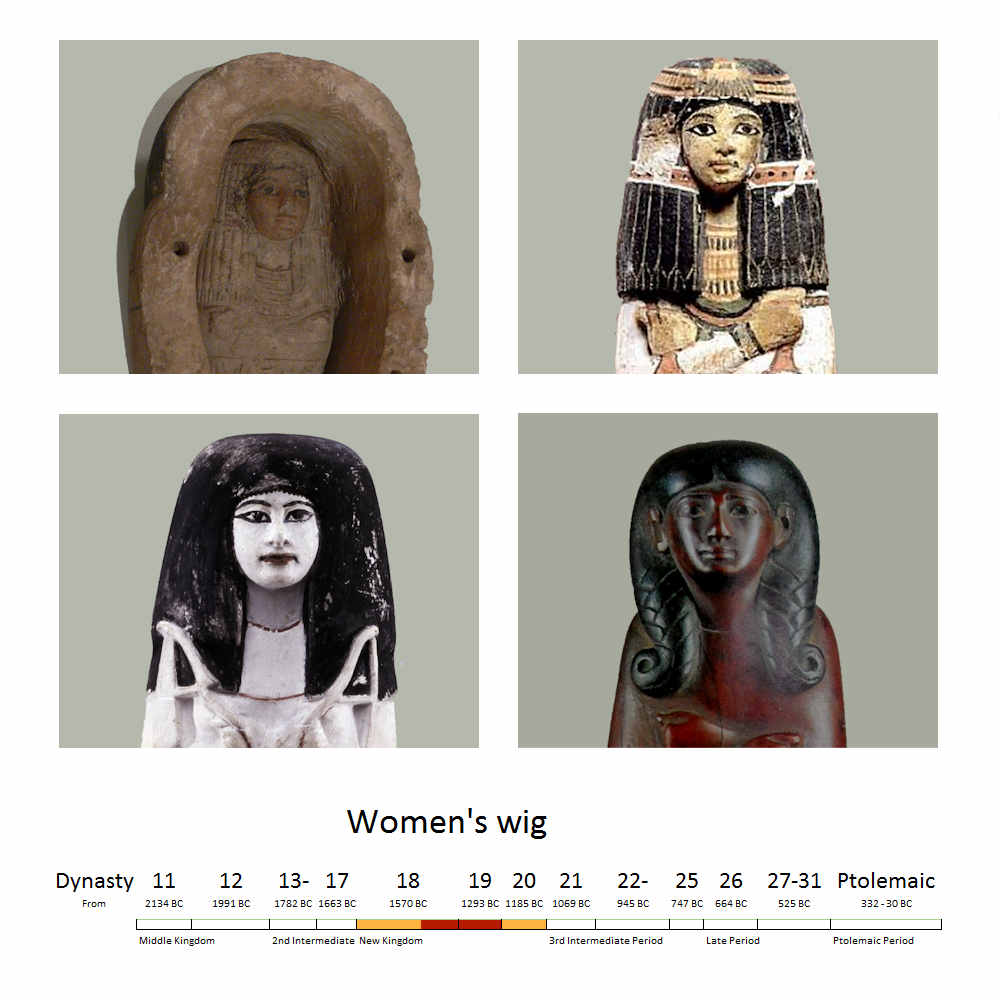 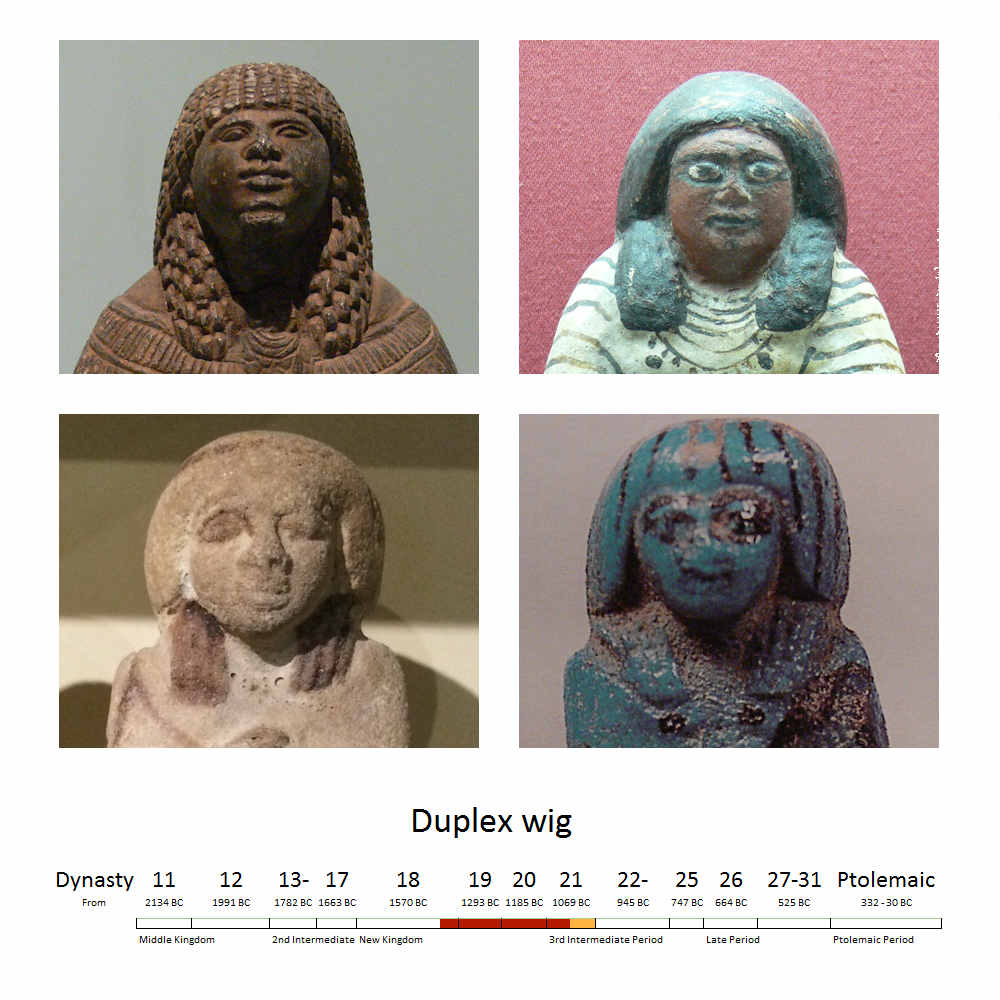 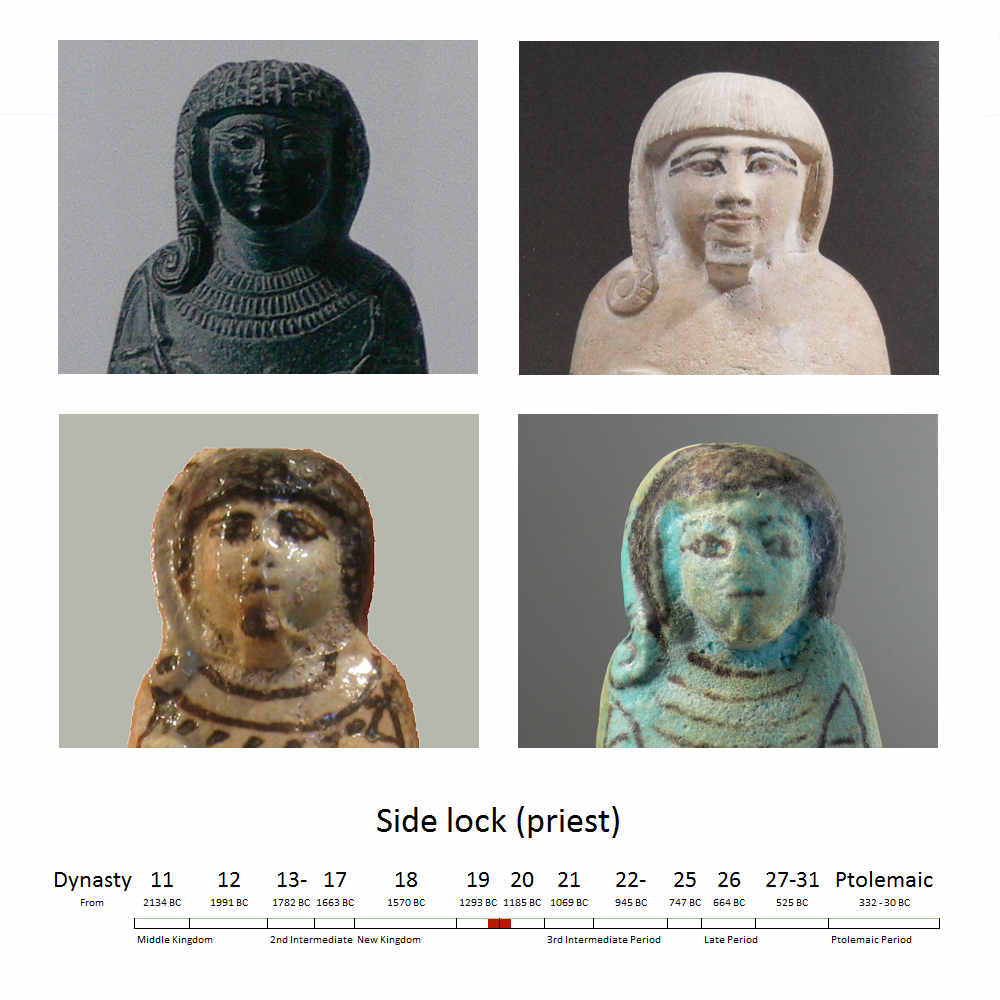 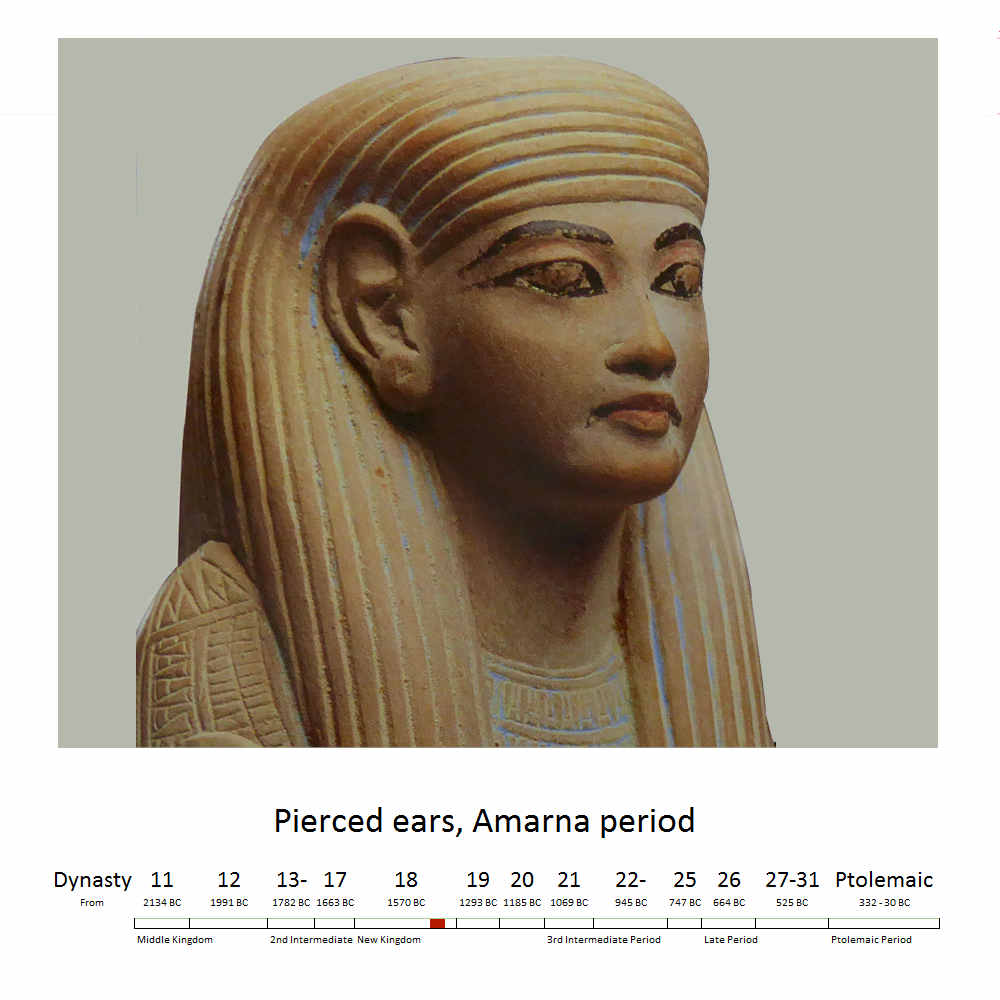 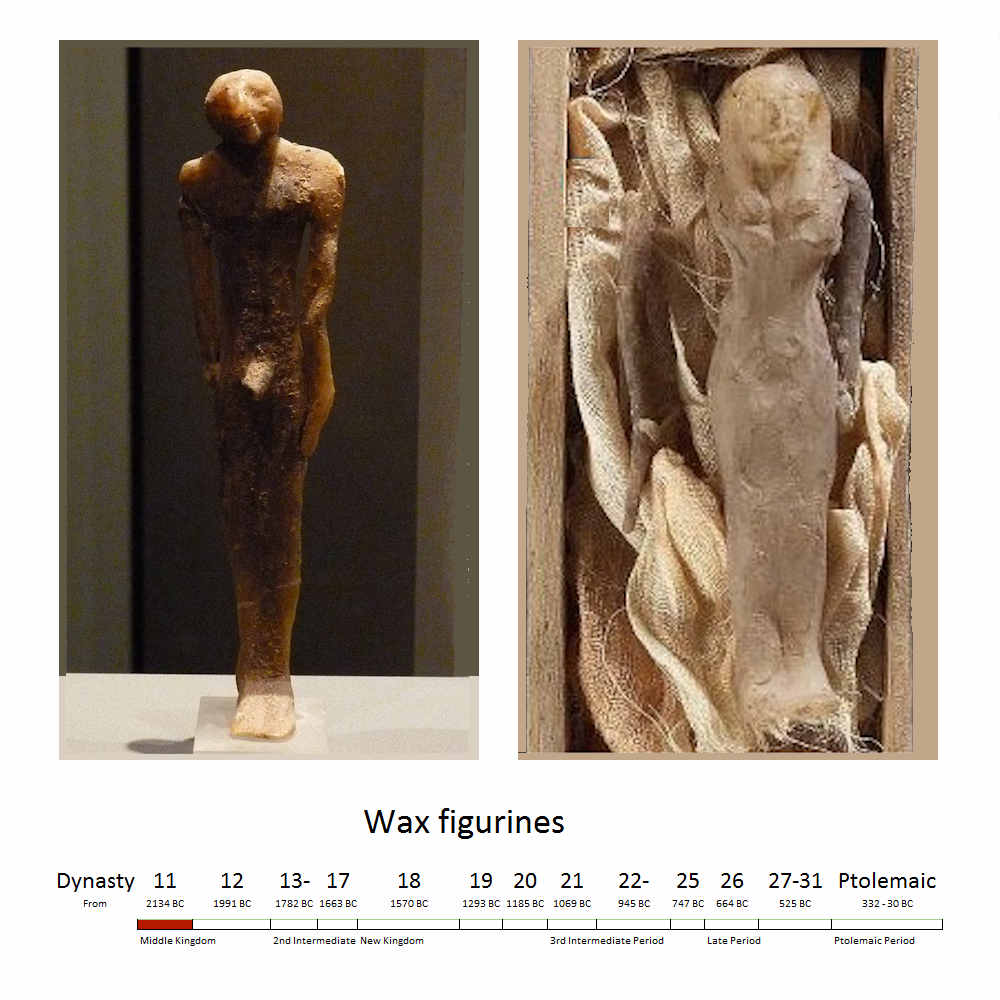 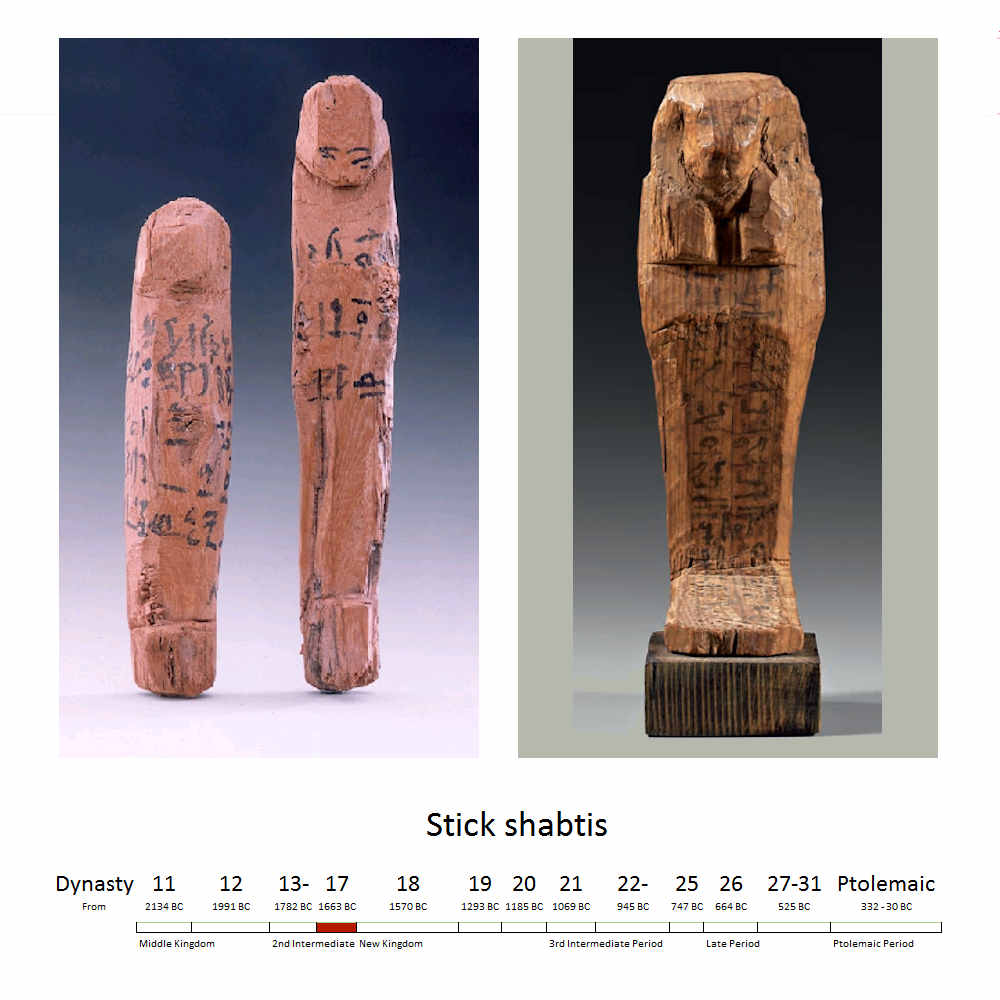 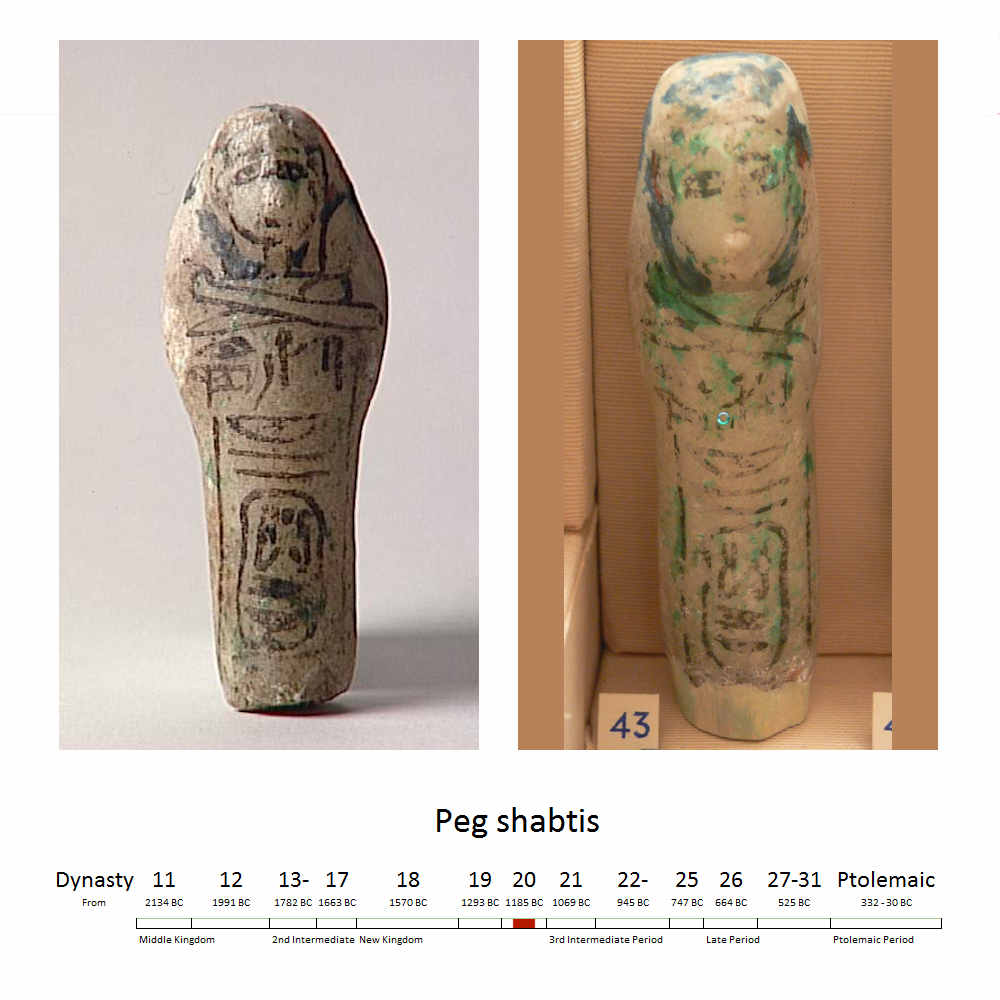 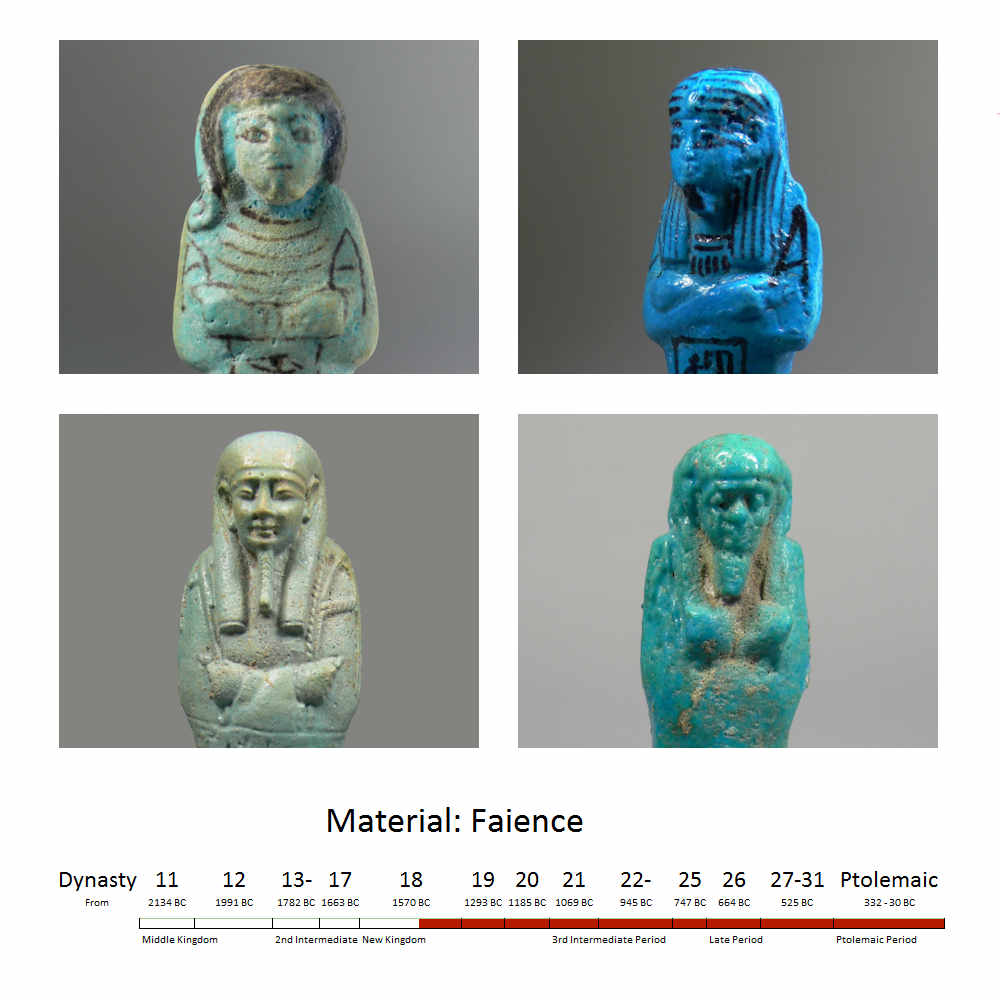 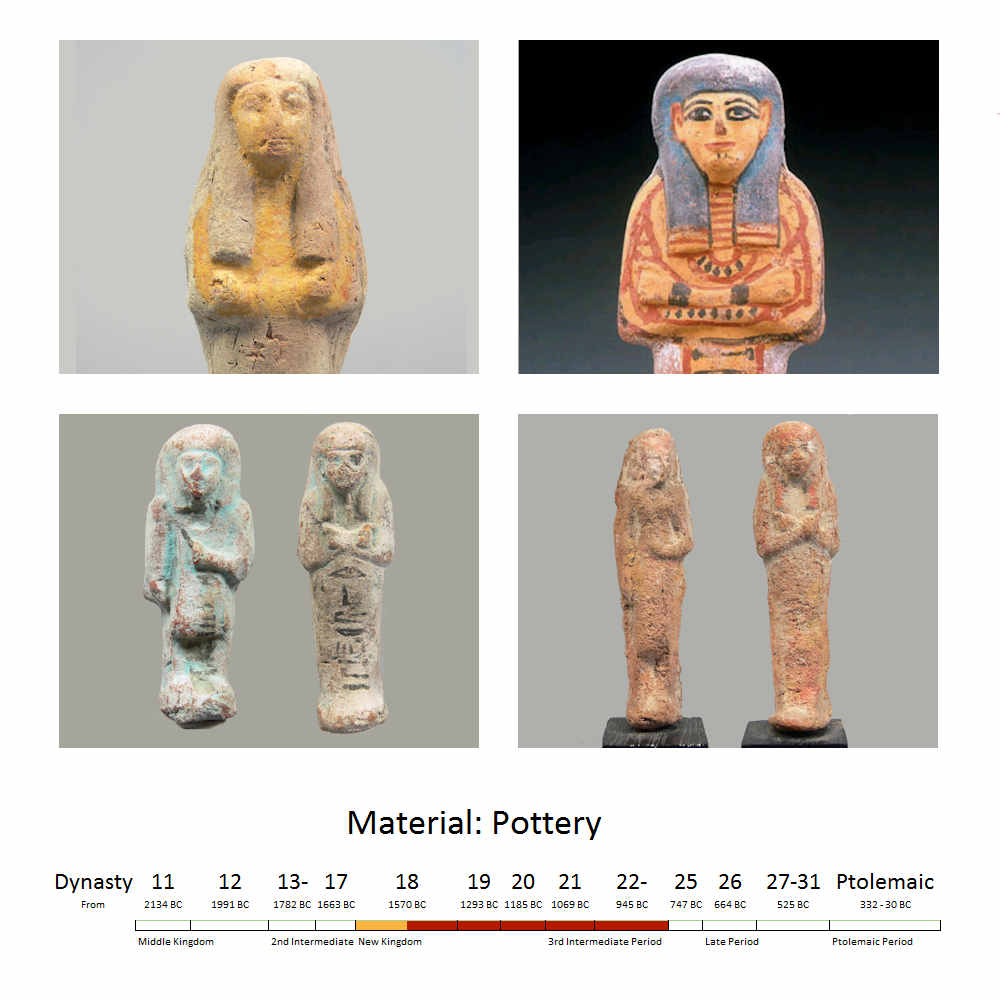 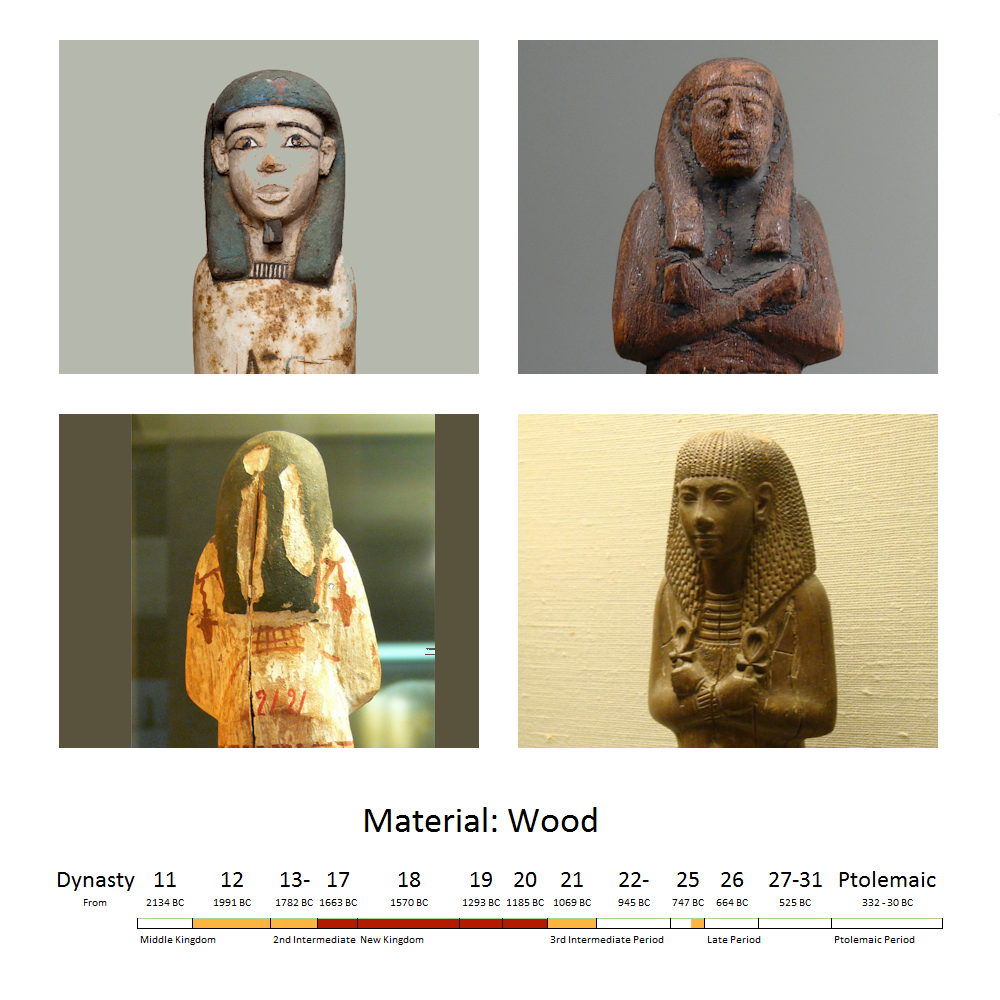 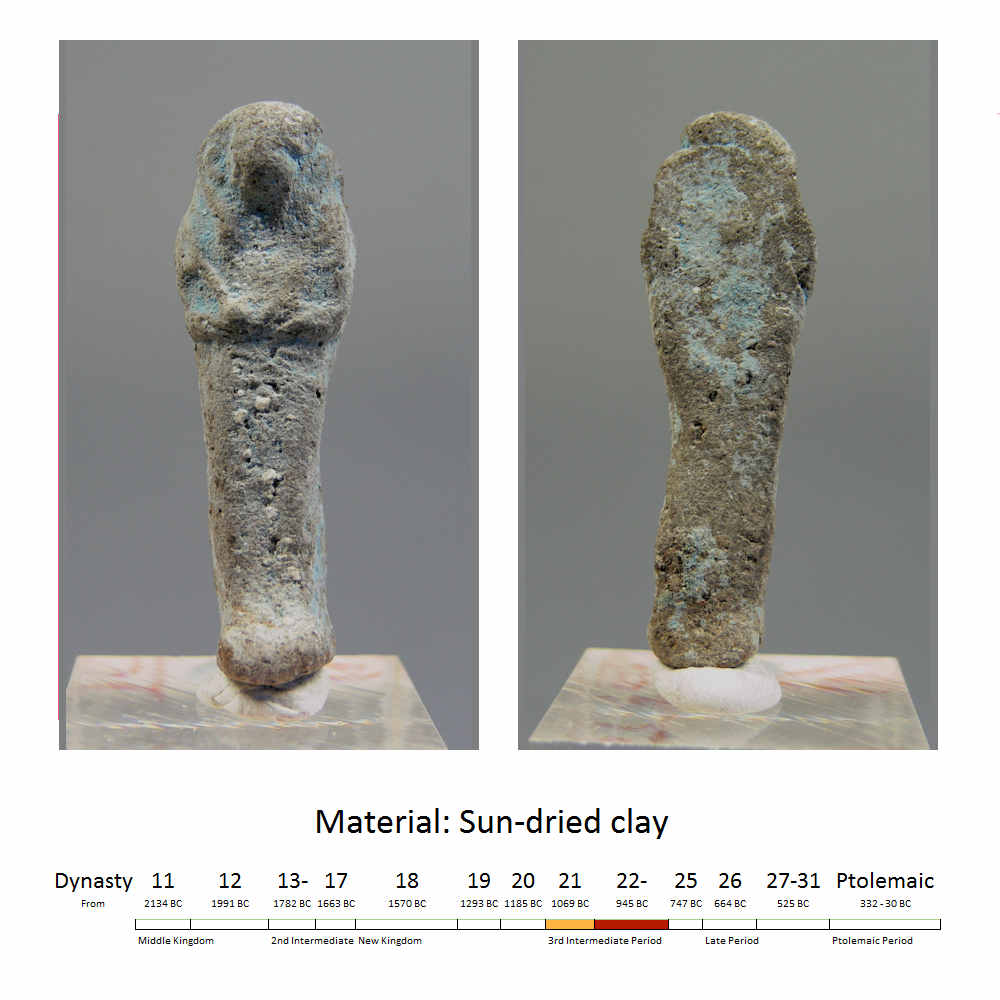 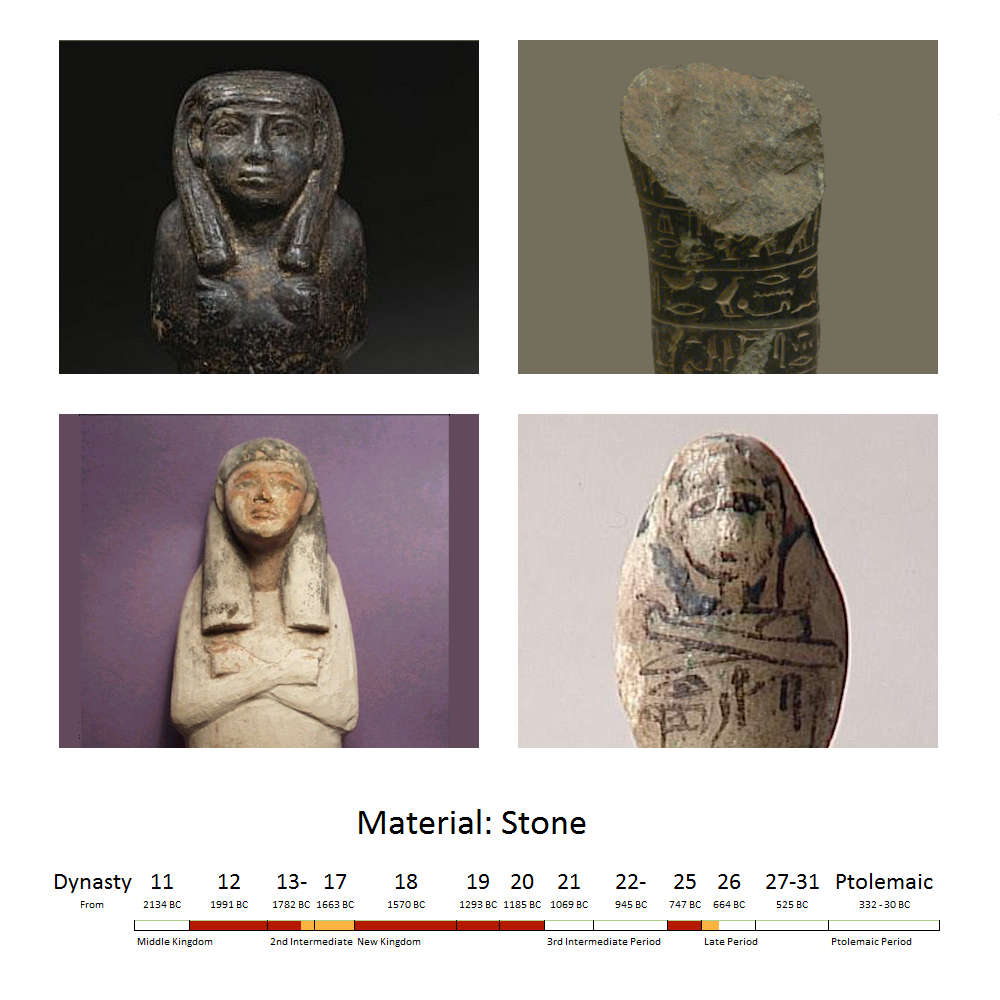