On a number of papyri at the Cairo Museum, an old small stamp sized sticker has been affixed to the top right of the frame with the text ‘Pap’ and a number on it. These numbers were used to link the papyri to a Daressy number. Unfortunately, it is not always clear whether it is an A. or B. number

So this is confusing and it can happen that an anonymous papyrus is linked to the wrong person. Perhaps also in this case by Niwinski, who links this papyrus to B.133 of anx-f-n-xnsw (=A.108) instead of A.133 of Hryt-wbxt. Sadek links this papyrus to A.133 and I follow him because there is no B on the sticker and because he assumes that Daressy has seen only 1 scroll which eventually turned out to consist of 3 papyri of equal height 23.5 cm 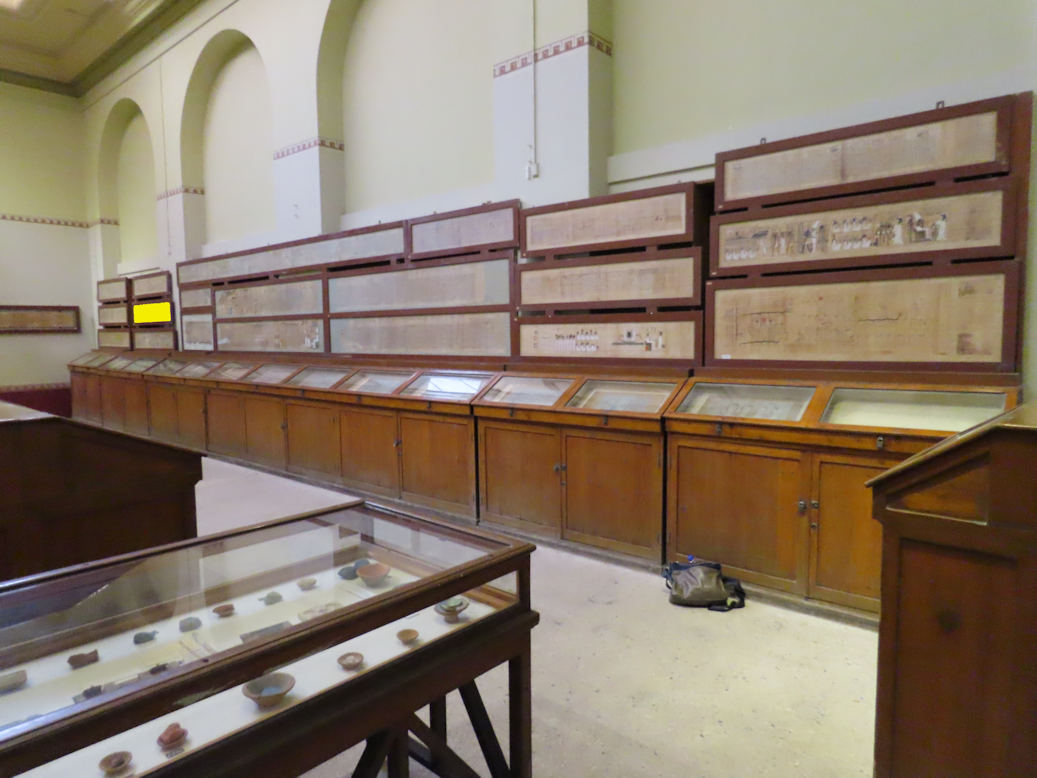