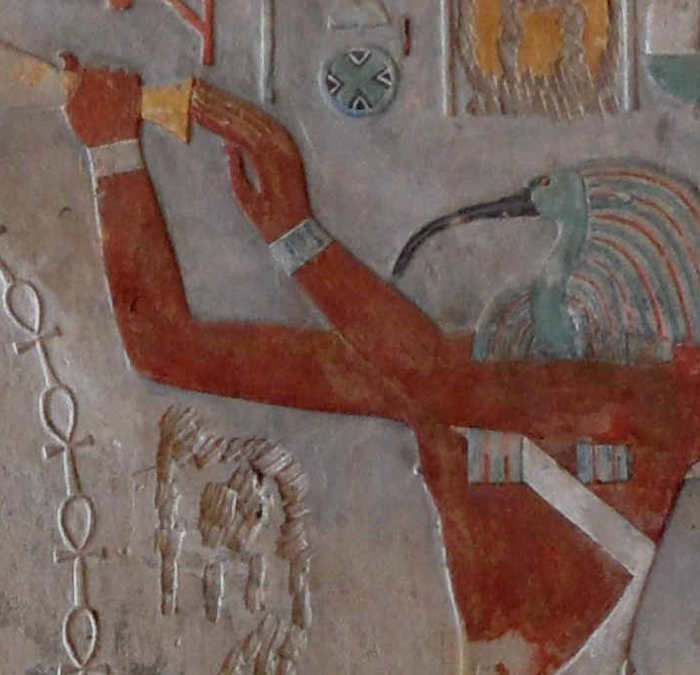 July 12, 2022
Amduat papyrus for Queen Henuttawy A, wife of Pinedjem I
Composed of photos of facsimile Boulaq Museum 1876
Panoramaview VB 2022

July 11, 2022
Book of the Dead papyrus for Queen Henuttawy A, wife of Pinedjem I
Composed of photos of facsimile Boulaq Museum 1876
Panoramaview VB 2022 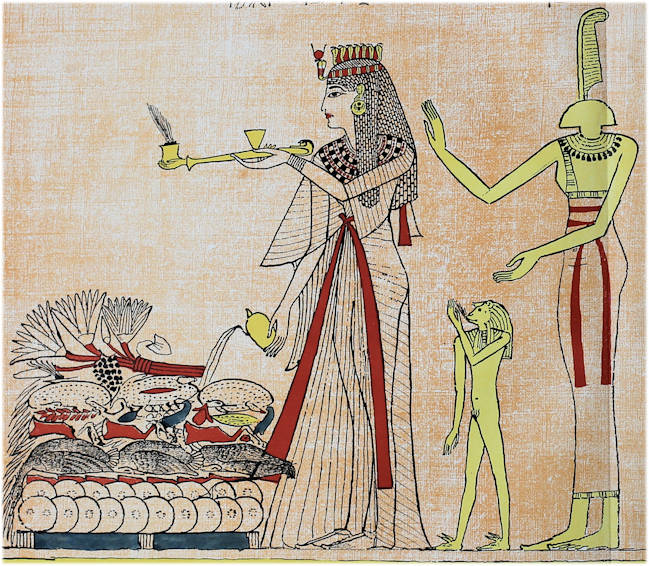 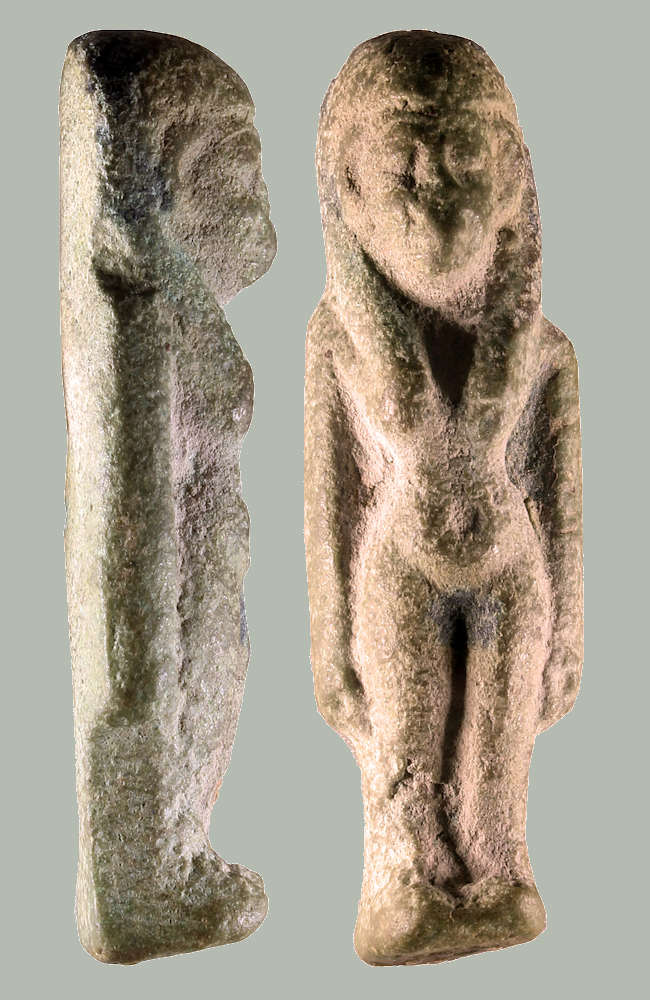 June 6, 2022
Page : Rare and special shabtis
Thanks to a good acquaintance, I was able to identify a shabti previously listed on my site under the name Iay as an overseer of General Undjebauendjed of Tanis
VB 2022

May 4, 2022
Black and white panorama of the Book of the Dead papyrus for Nesykhonsu
Royal Cache
Source: Publication Edouard Naville, 1912

May 3, 2022
Black and white panorama of the Book of the Dead papyrus for Maatkara
Royal Cache
Source: Publication Edouard Naville, 1912 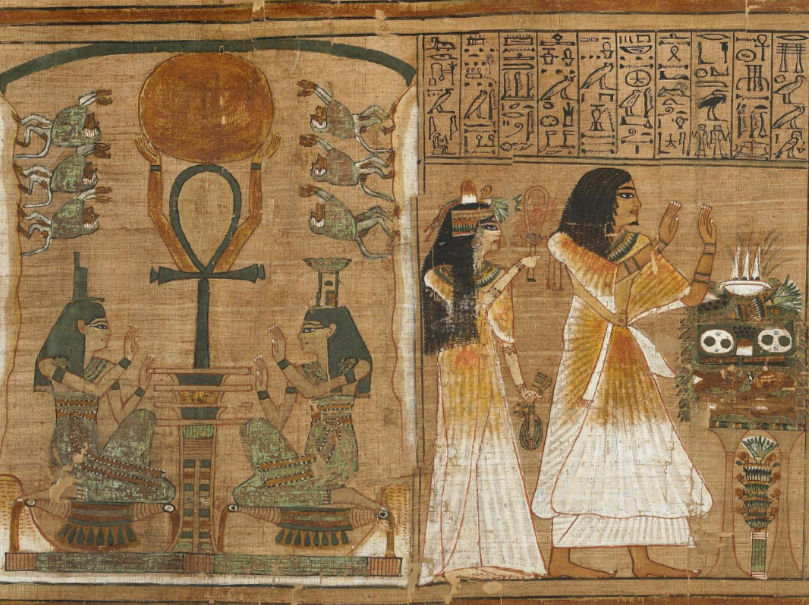 April 12, 2022
Page Amduat papyrus for Henuttawy B – Cairo 2
Daughter of Pinedjem I and Henuttawy A
Cairo Museum
Photo and panoramaview VB 2021/2022

April 12, 2022
Page Amduat papyrus for Henuttawy B – Cairo 3
Daughter of Pinedjem I and Henuttawy A
Cairo Museum
Photo and panoramaview VB 2021/2022 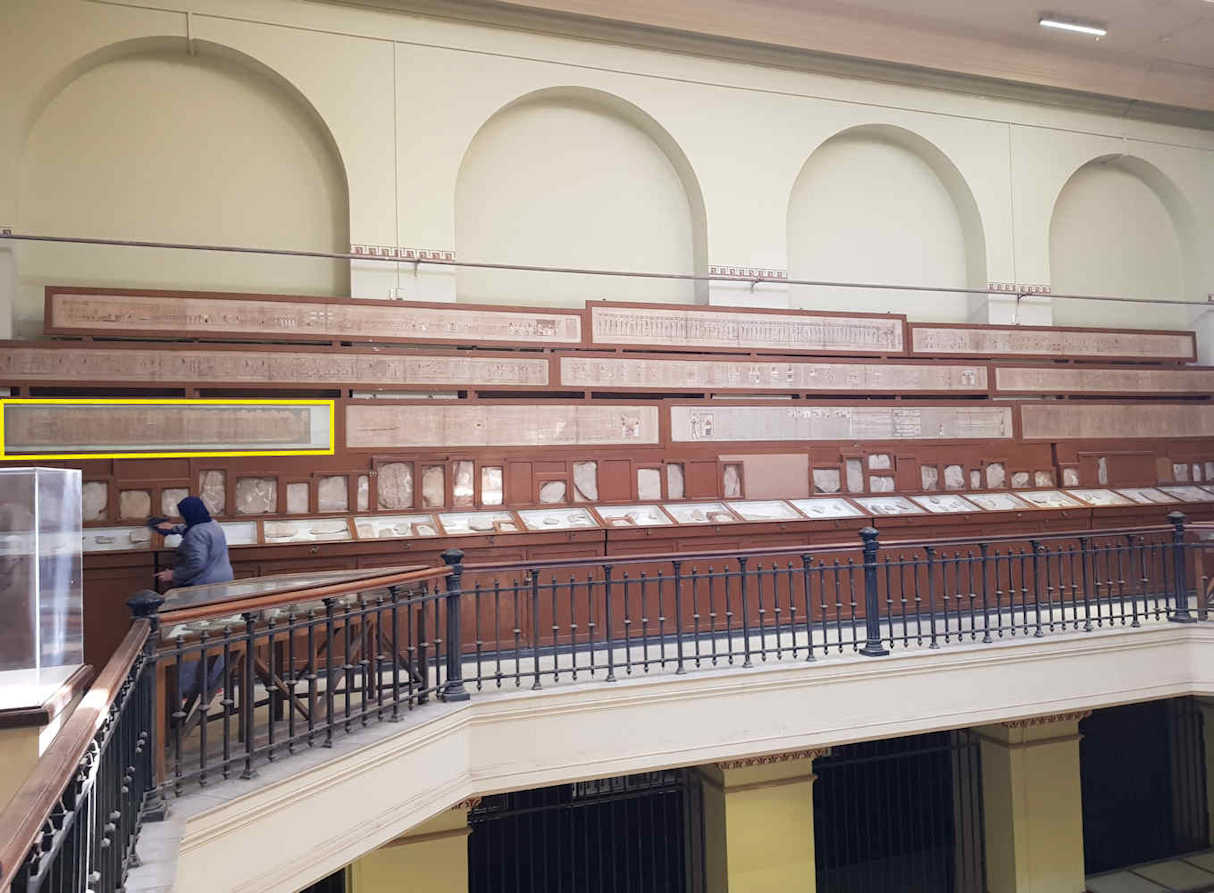 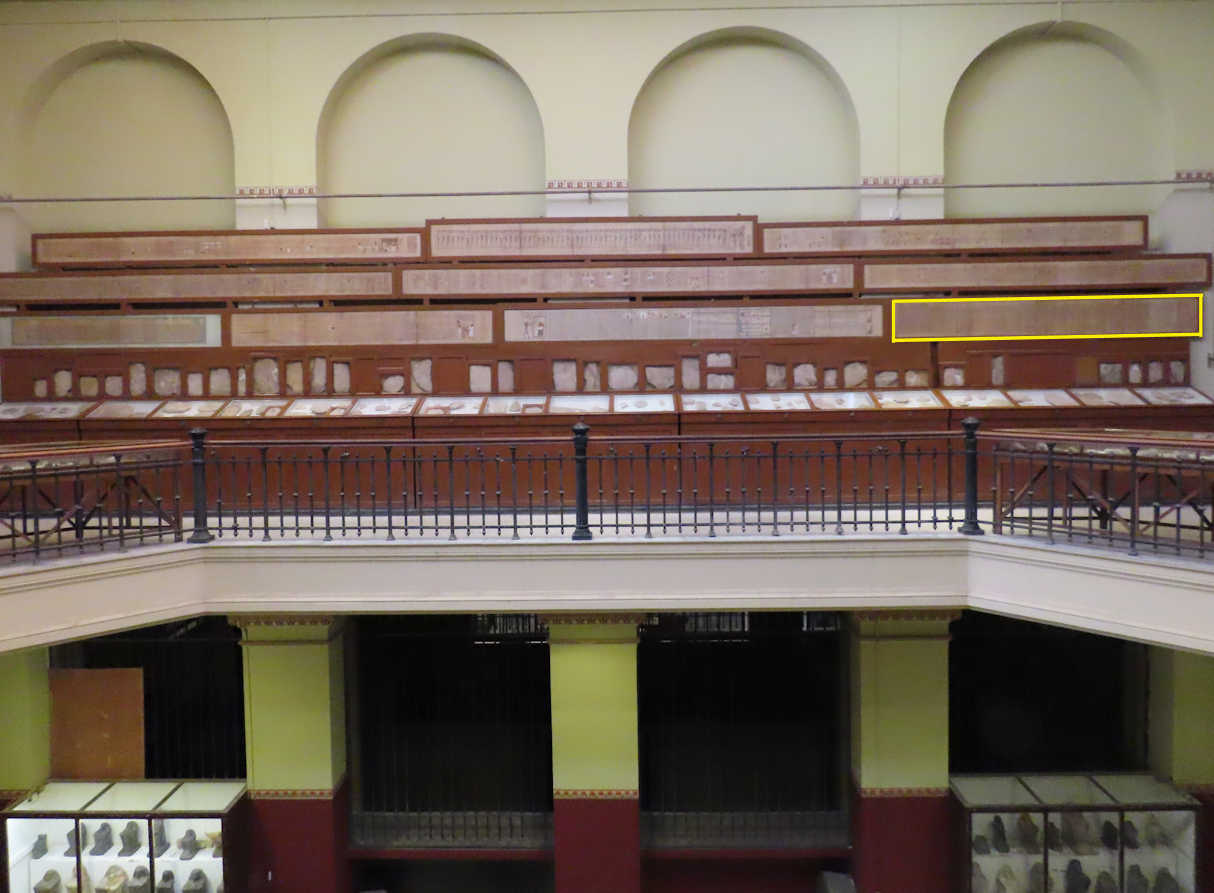 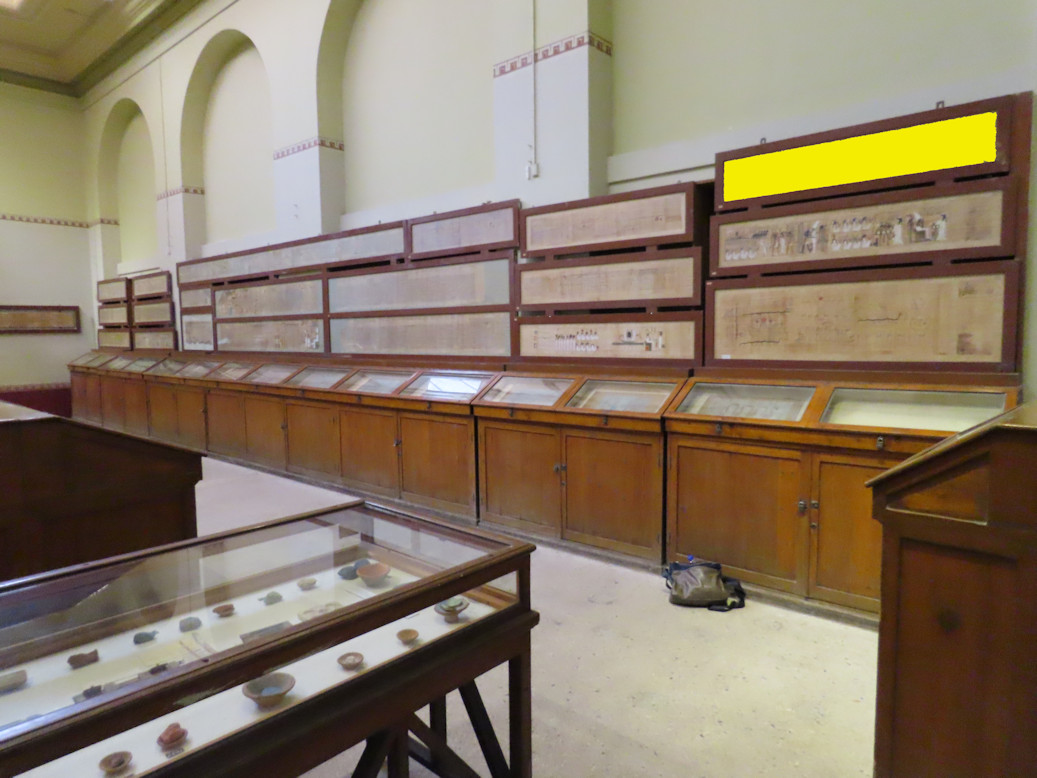 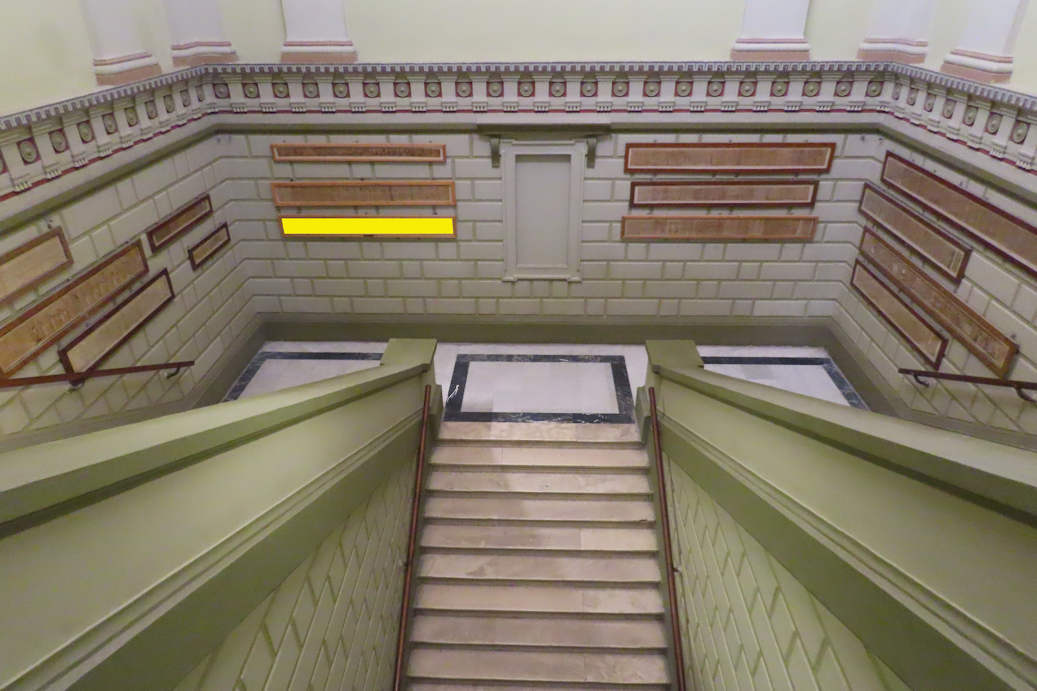 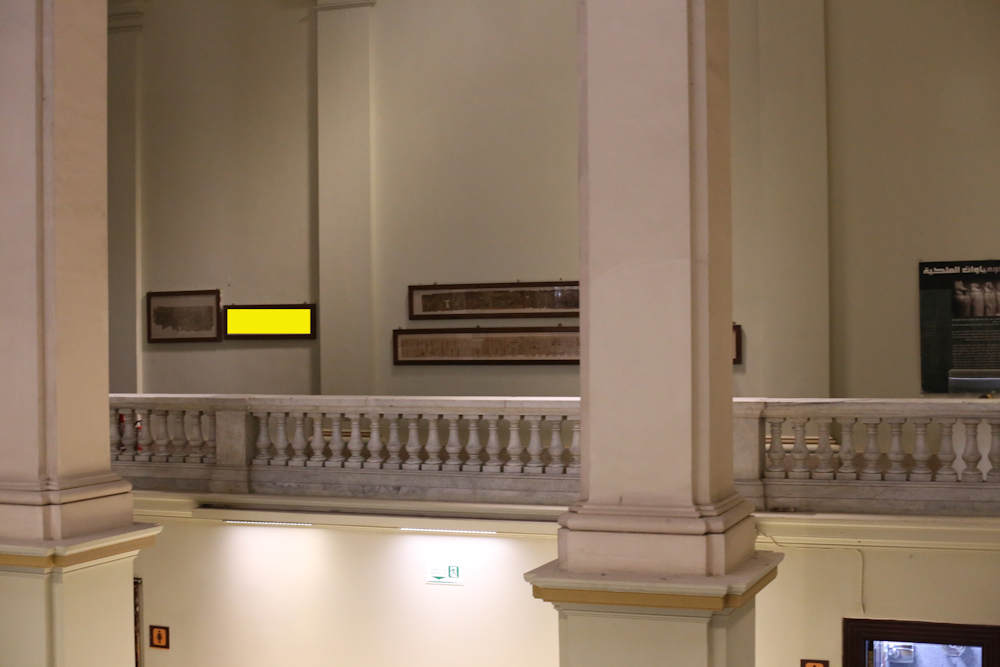 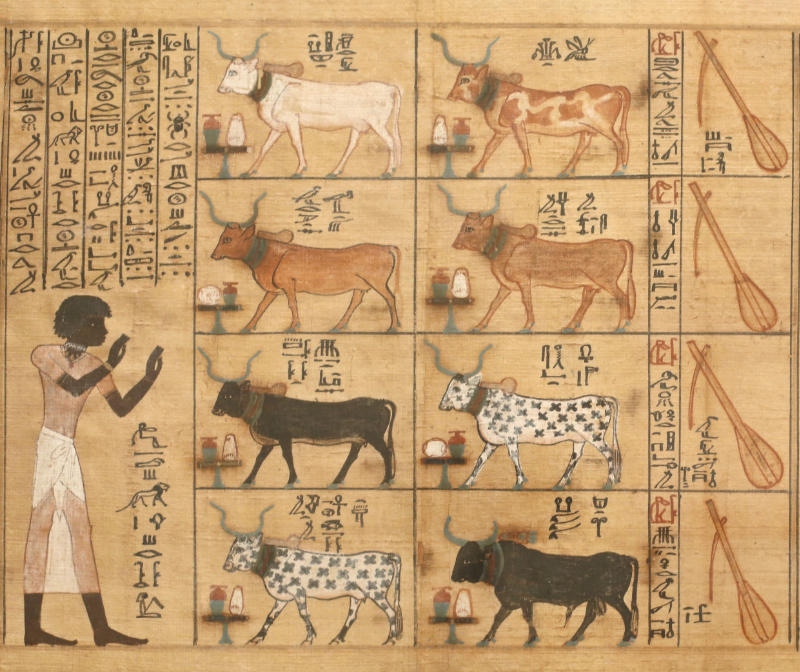 February 27, 2022
Page Bab el Gasus shabti owners :
Thanks to photos I received from Jen Thum of the Harvard Art Museums, I discovered four shabtis that solved the problem of the great difference in iconography between the, until febrary 2022 published in various studies, worker and overseer. Instead of one type, it turns out they are two types that almost without a doubt belong to the same person, Amenniutnakht. Therefore, I have now represented them as two separate types 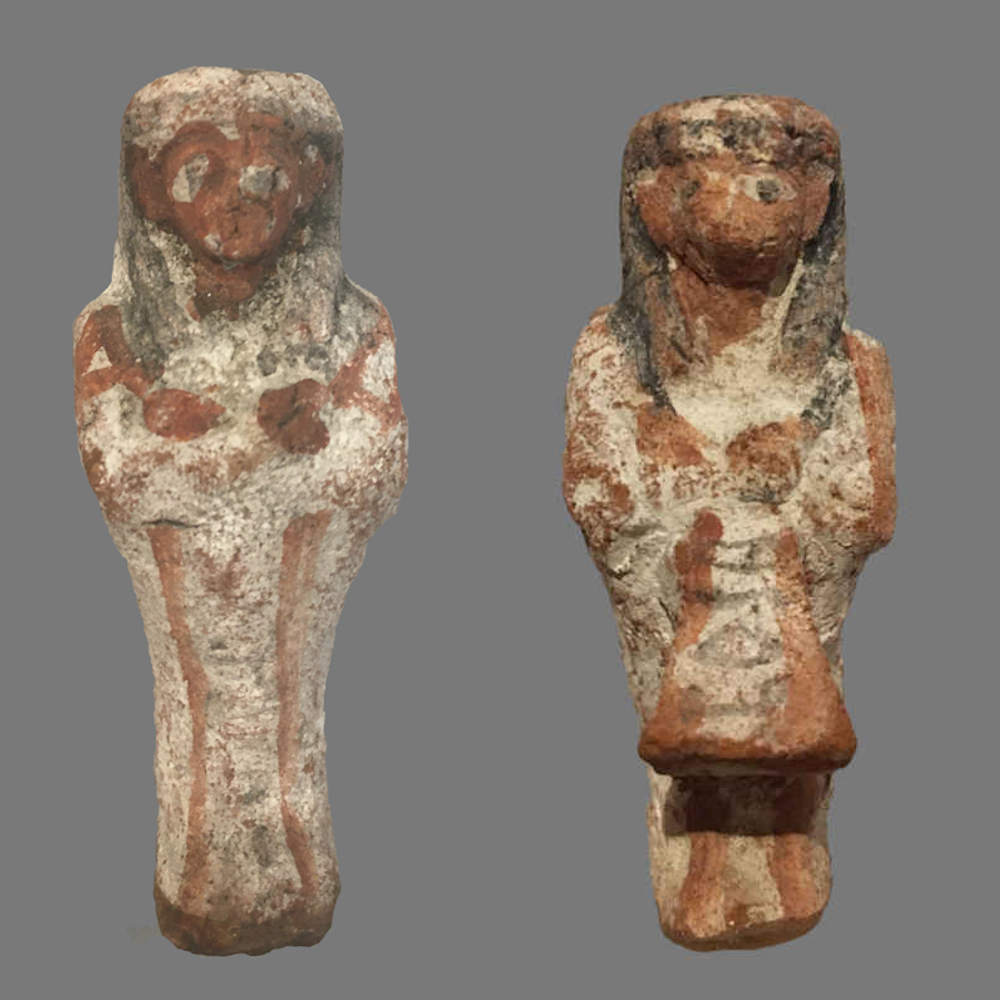 February 27, 2022
Site Shabticollections.com :
A new study by Patrice Renaut and Niek de Haan on the shabtis of Tayuheret was published today. What is remarkable is that although many overseers are known, relatively few workers have been found. Here is the research 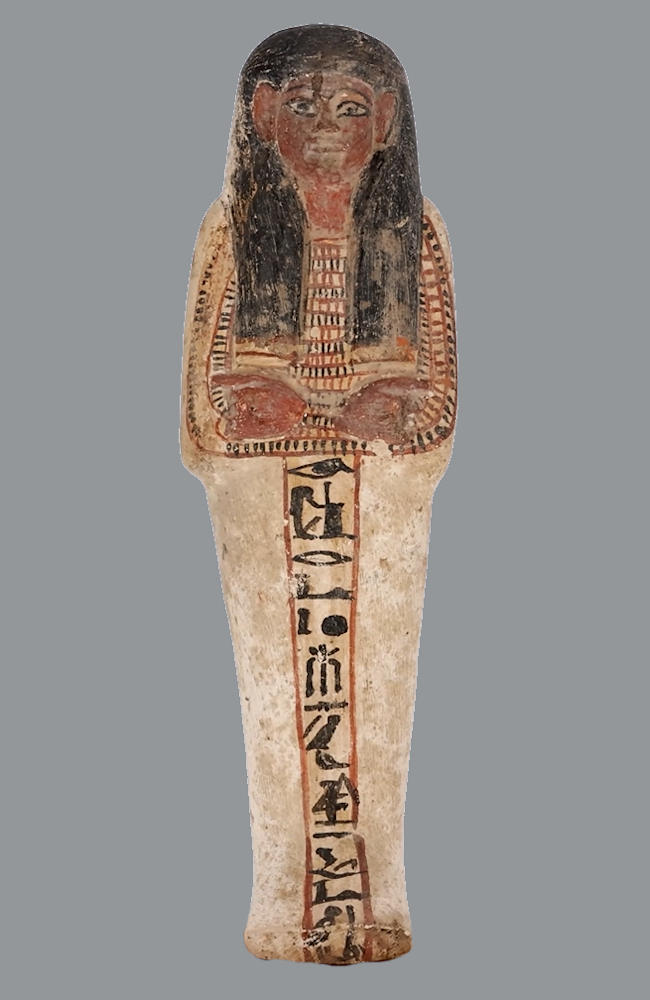 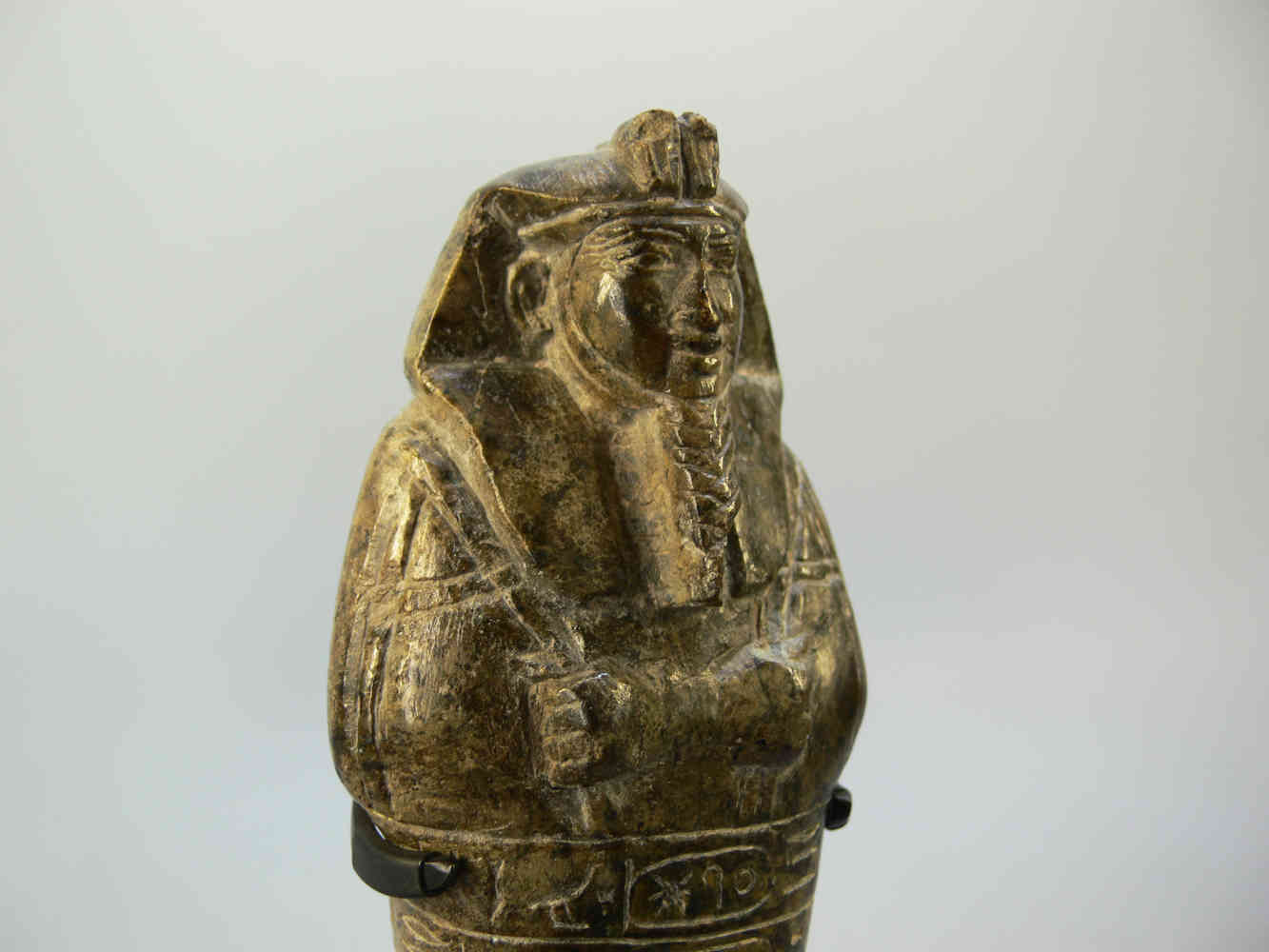 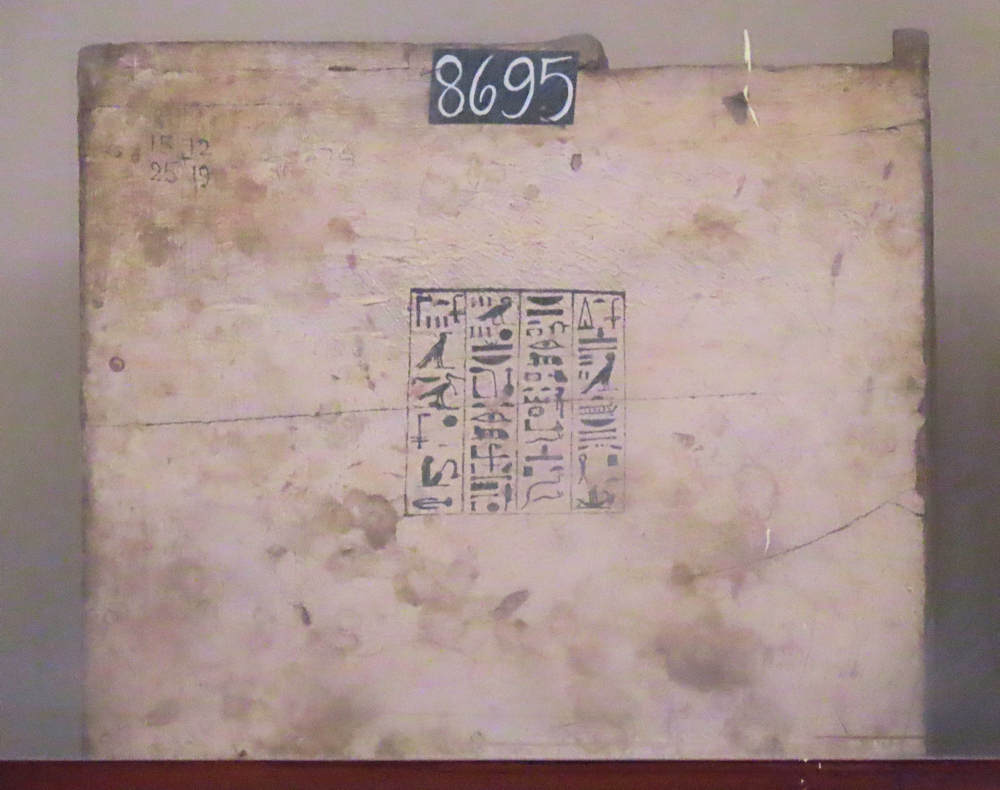 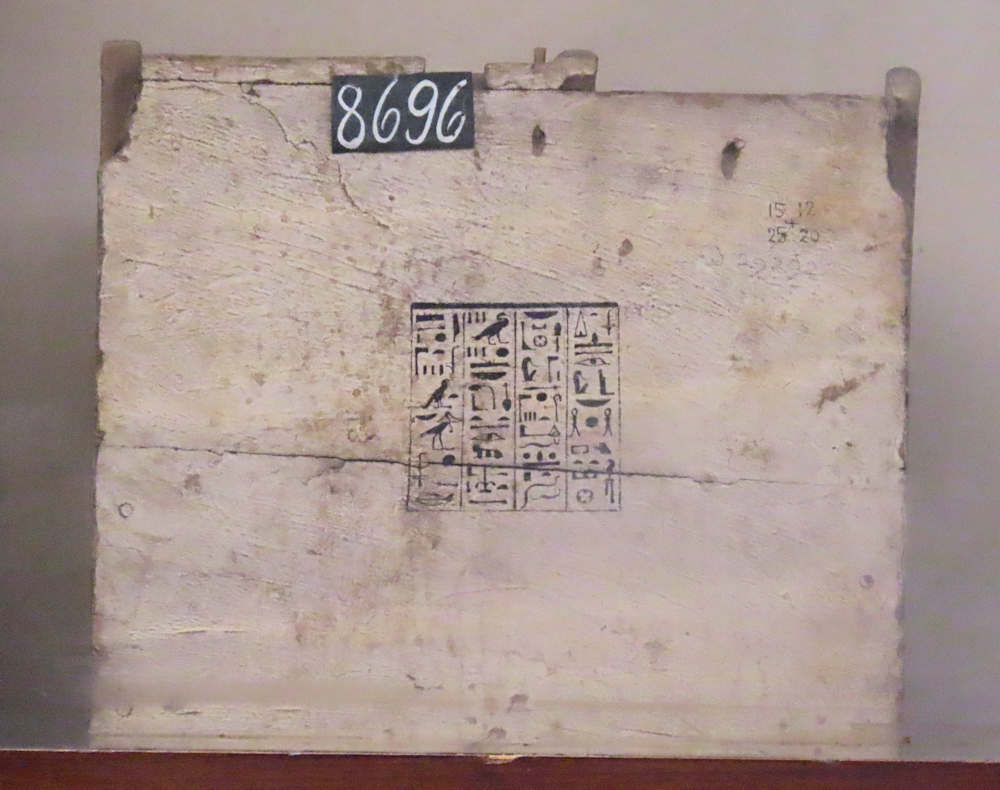 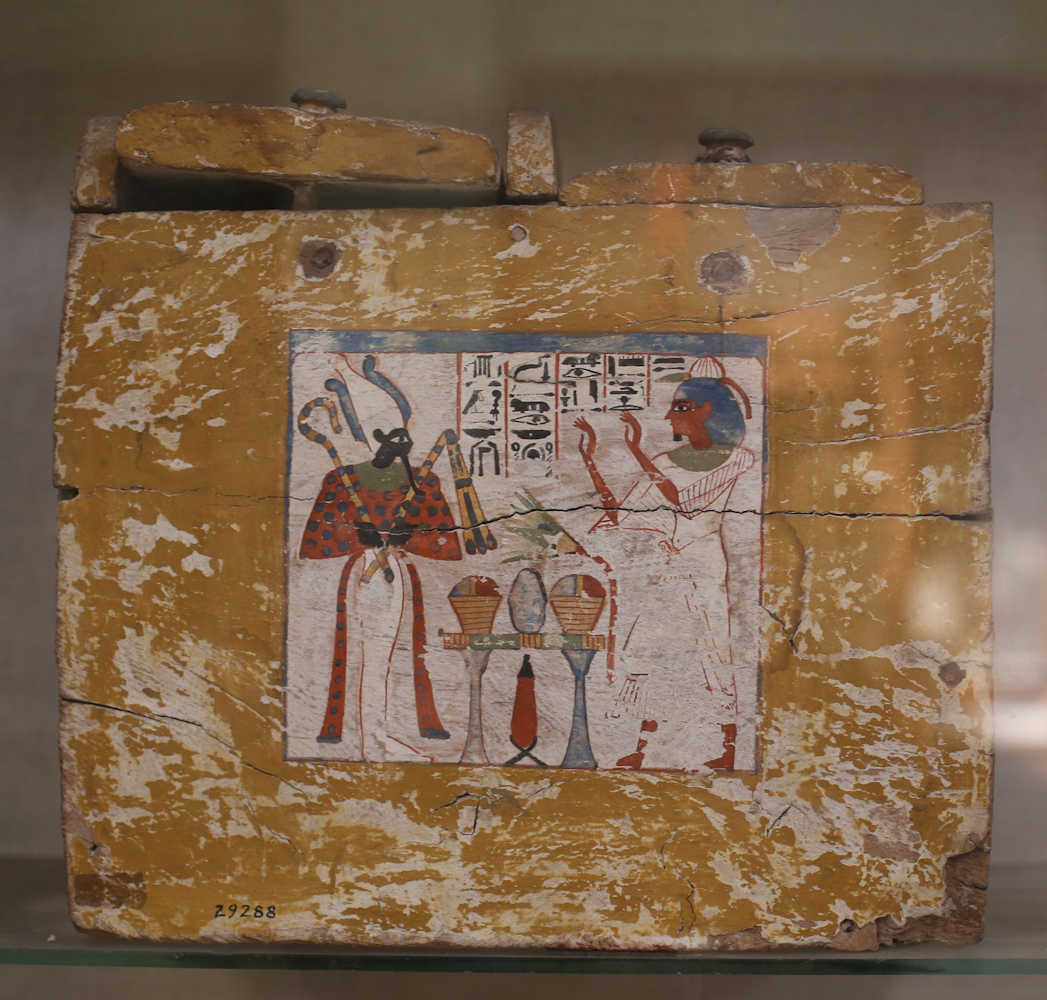 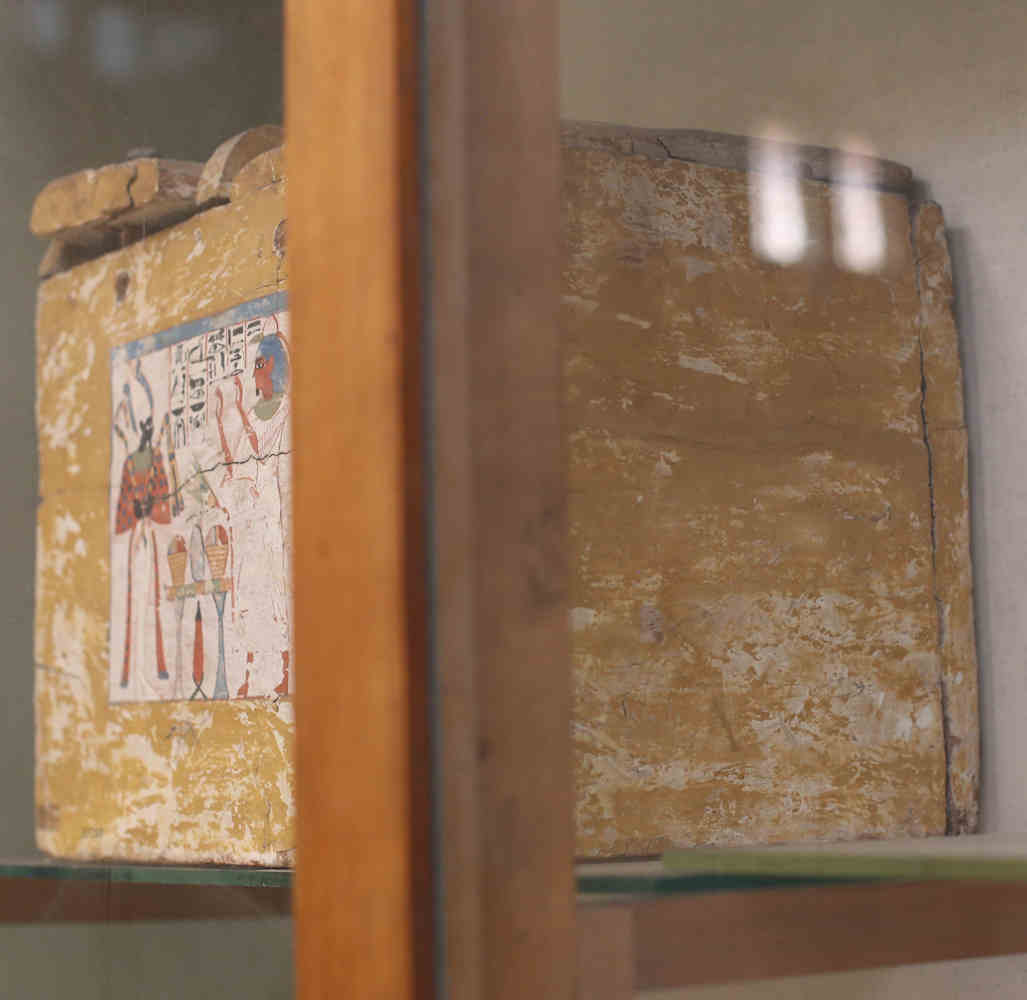 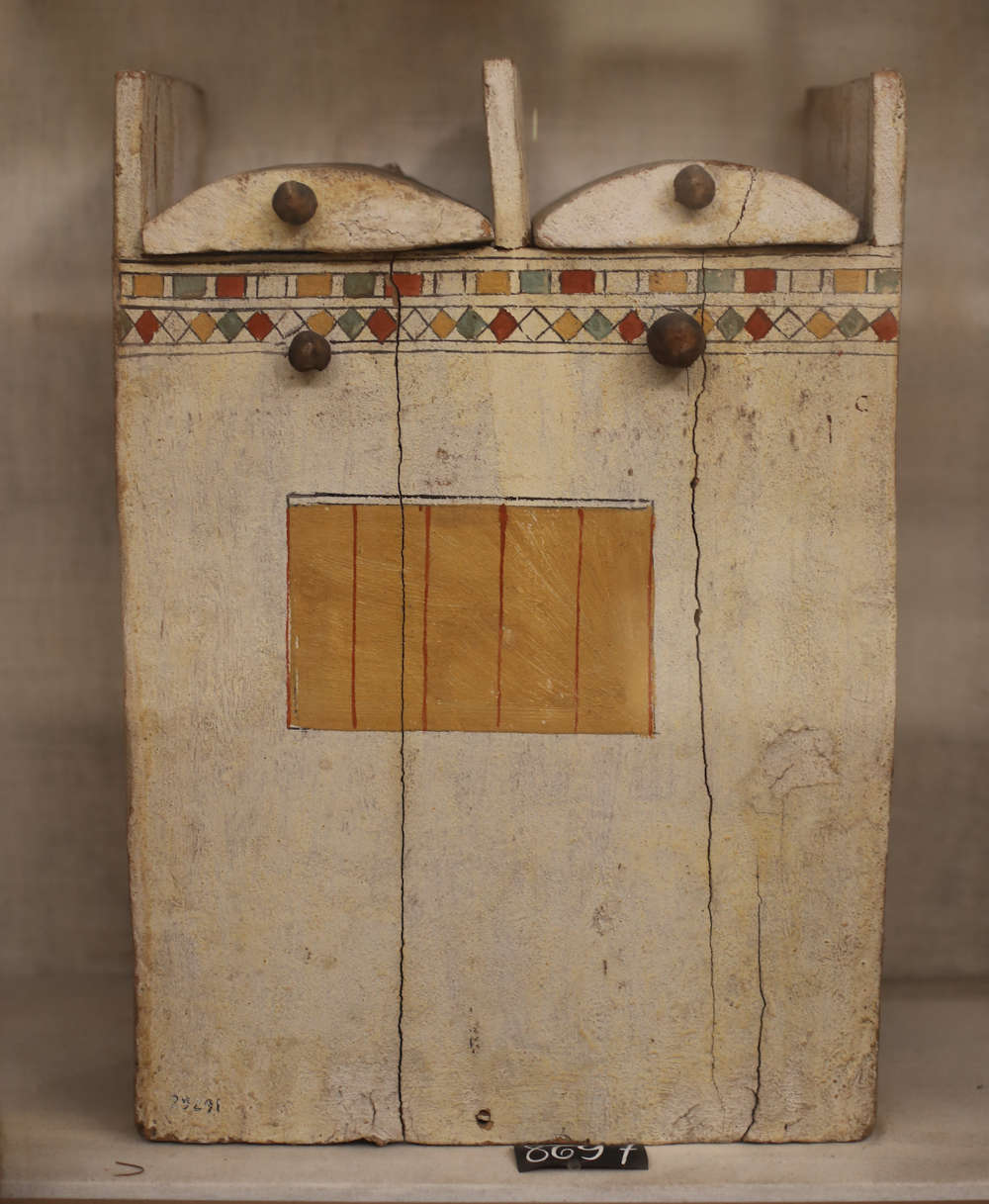 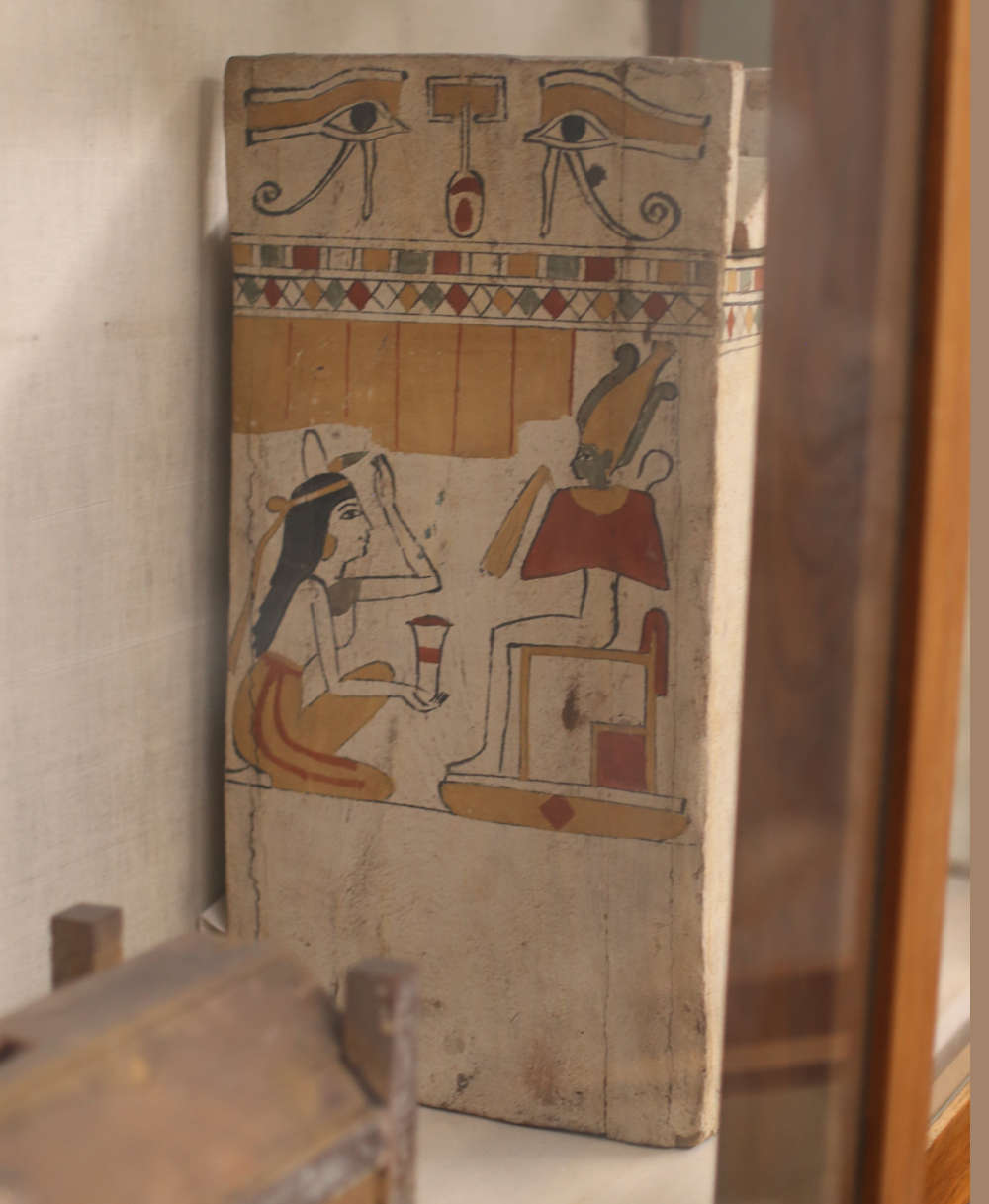 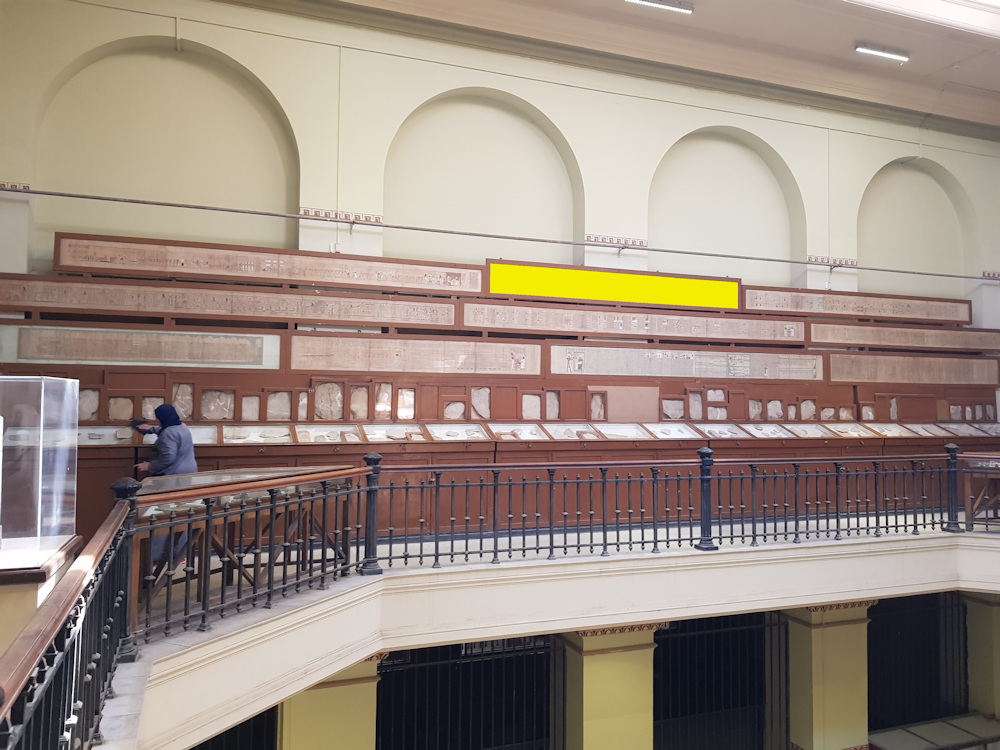 February 7, 2022
Page Royal Cache DB320 shabti owners :
A fourth type has been added to the Isetemkheb workers. Pictures have also been added to show the differences between the types. 3D movies are now available for the first 3 types
Type 1
Type 2
Type 3
German private collection
Courtesy AB 2022

February 5, 2022
Page Anonymous Amduat papyrus
Bab el Gasus
Thanks to the help of Nikolay Tarasenko, I was able to link the right numbers to this anonymous papyrus
Length 176 cm, height 24 cm
Cairo Museum

February 1, 2022
Page Shabtis, a chronological overview :
All around movie of the 17th Dynasty wooden stick shabti of Senakhtpu, son of Khonsu and brother of Imennefer
German private collection
Courtesy AB 2022

January 23, 2022
Page Royal Cache DB320 shabti owners :
All around movie of a Worker 3 shabti with the wig of Worker 5
Courtesy: AB

January 23, 2022
Page Royal Cache DB320 shabti owners :
All around movie of a worker shabti (with throne name) of Pinedjem I and a photo to compare sides and backs
Courtesy: AB

January 7, 2022
Page Papyrus Yuya :
Panoramaview of the magnificent 20-metre-long papyrus of Yuya, important advisor to Amenhotep III in the 18th Dynasty and probably the great-grandfather of Tutankhamun, has been on display since the beginning of 2019. It is the fourth longest papyrus in the world and the longest ever exhibited in Egypt

January 5, 2022
Page Papyri :
Relevant publications added and a link to the Prof. Dr. Siegfried Schott (1897-1971) photo archive with old photo’s of papyri in the Cairo Museum

January 5, 2022
Page Papyrus Nesykhonsu, Luxor Museum :
Added a panorama made from photos (scans) from the beginning of the 20e century from the Schott archive

December 29, 2021
Page Royal Cache DB320 shabti owners :
All around movie of an unique example of a Maatkara overseer, daughter of Pinedjem I
Courtesy: AB

December 29, 2021
Page Rare and special shabtis :
All around movie of a bronze shabti  of general Undjebauendjed
Courtesy: AB

December 27, 2021
Page Rare and special shabtis
New photo’s and 360 degrees movie of the worker and overseer of Psusennes I
Courtesy: AB

December 20, 2021
Page How to determine the age of a shabti or ushabti
Thanks to a perceptive note in Louis-Philippe Bazelier’s graduate thesis, I have adjusted the dating of ear ornaments and pierced earlobes. In the past, I had incorrectly limited these features to the Amarna period 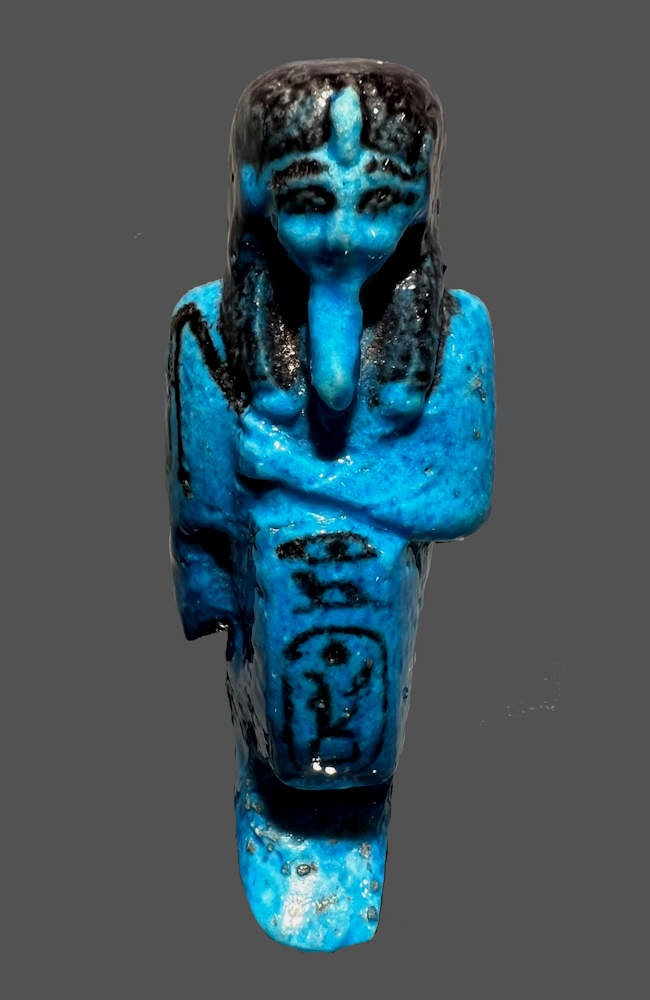 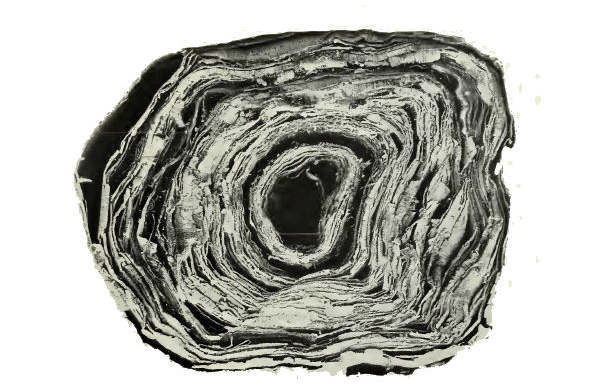 August 21, 2021
Page Papyri
For the first time, it is possible to consult online 65 papyri very closely for study, publication or research. Many of the papyri shown were found with the grave goods or with the mummies of the Bab el Gasus Cache. See the Papyri page

Best to view on a desktop or laptop. Phones or tablets are less suitable for a proper projection

February 5, 2021
Page ‘Bab el Gasus
On February 4, 1891, a startling discovery was made in Egypt that would stun the world’s media. After digging a deep shaft near the temple of Hatshepsut, a long gallery was found with more than 150 beautifully decorated coffins, shabti boxes and many other grave goods. All belonging to the highest elite from the priestly castes, including the sons and daughters of the rulers of the time.

Three thousand years ago, this highly secret tomb was filled at one go to give the deceased a secure hiding place to protect them from grave robbers.

More or less for the same security reasons the tomb had to be quickly emptied in 1891. In the process, much information was lost. Now, 130 years later, scientists from various museums and institutions are working to find out exactly what and who were found. An immense task coordinated in part by the Vatican Museum.

Many shabtis have also been found for which it was not known exactly which owner they belonged to. In many publications the information is fragmented, and an overall view was lacking. In 1998 Liliane Aubert made a first Bab el Gasus shabti publication and she thereby laid the foundation for further research.

Since 2006 I have been inspired by the research of Miguel Angel Escobar Clarós, Niek de Haan, Glenn Janes and Ingeborg Waanders. They, especially Miguel regarding Bab el Gasus, have done a tremendous amount of preliminary work which I have gratefully incorporated into my overview.

With new techniques such as digital scans of old publications, translation software and photos from many museums and the Internet, a huge web page has been created that provides almost all the known information about all types of shabtis found in Bab el Gasus.

It is therefore a great pleasure for me to launch this page. Exactly 130 years after the first coffin was recovered on February 5, 1891. I hope that many can use it for information, inspiration or further research. 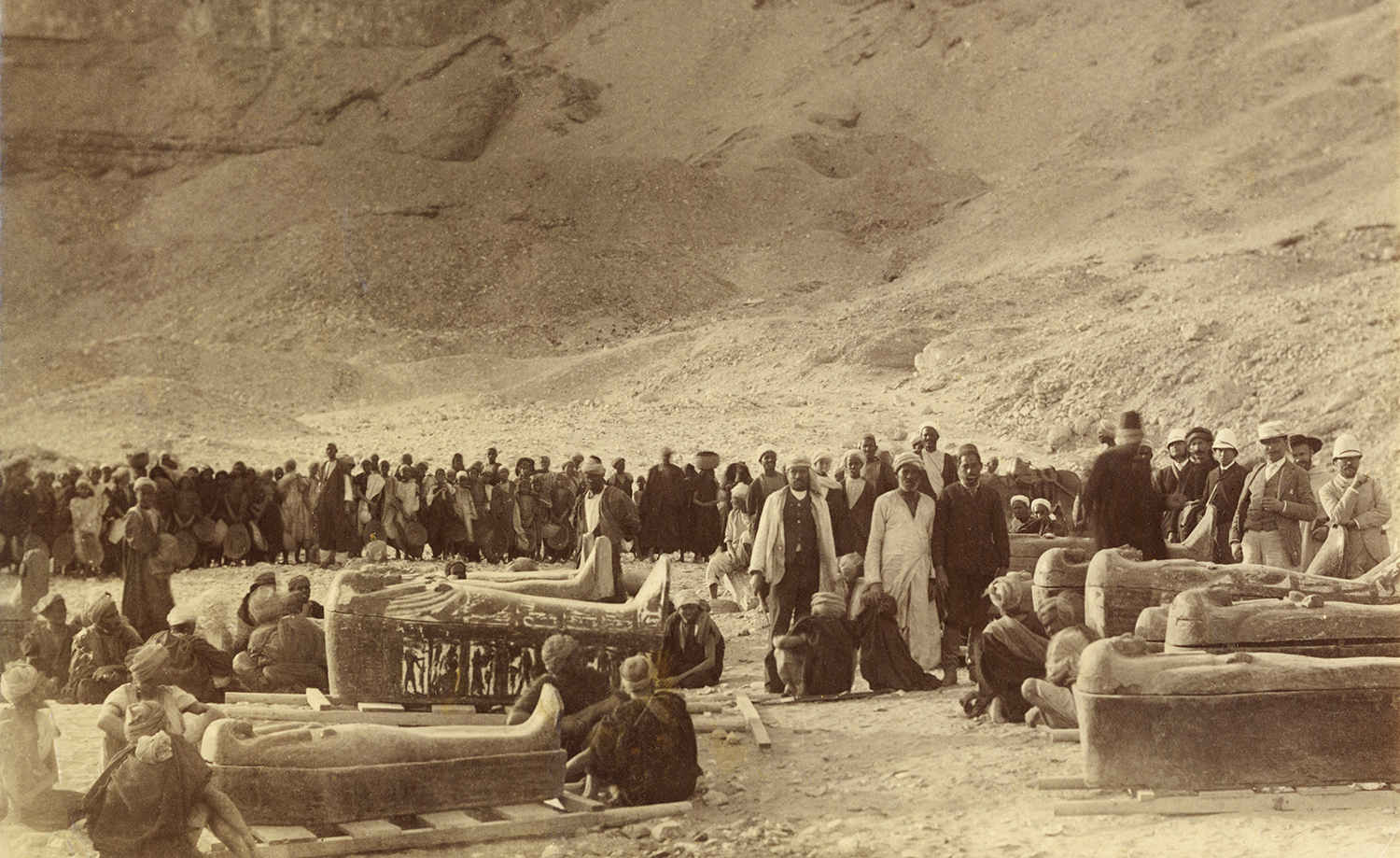