God’s father of Amen-Re, the king of the gods

The rooms dedicated to the Egyptian collection are named after the donor of the objects, Bishop Guido Corbelli from Cortona

Monsignor Guido Corbelli, apostolic delegate for Arabia since 1888, with Alexandria as his seat, took advantage of his role and financial opportunities to add new pieces to the Cortona collection. Bishop Corbelli was in contact with Ernesto Schiaparelli, then director of the Egyptian section of the Archaeological Museum in Florence. It was Schiaparelli himself who published a description of the Cortona collection in 1893. During another expedition, the sarcophagus of the XXI-XXII dynasty that the Egyptian government had donated to the Vatican arrived in Cortona. This sarcophagus had come from Deir el Bahari after the discovery of 153 sarcophagi of Amun’s clerics. In his last year in Egypt, in 1896, Bishop Corbelli made three expeditions to search for and acquire antiquities

Since antiquities were sold both on the free market and at the Egyptian Museum in Tahrir Square, it is quite possible that Corbelli acquired Amenpermut’s worker together with a corresponding overseer. This assumption is based on the mould used for both pieces, both almost the same height and width (worker 89mm by 3.2mm, overseer 85mm by 3mm) and a possible corresponding dent at the left ankle. Another indication is the updating of the left arm. On the workers, the right arm lies over the left. In the case of this overseer (which, as usual, was modelled from a worker’s mould), you can see a bulge slightly above the wrist at the spot where the arms crossed, exactly where the right forearm lay up and was removed

Perhaps some shabtis of Amenpermut can still be found in the Egyptian Museum, but until 2022, to my knowledge, those belonging to this owner were not on display

There is no evidence that these shabtis belong together, but possibly this could be a trigger to investigate similar overseers for provenance and naming 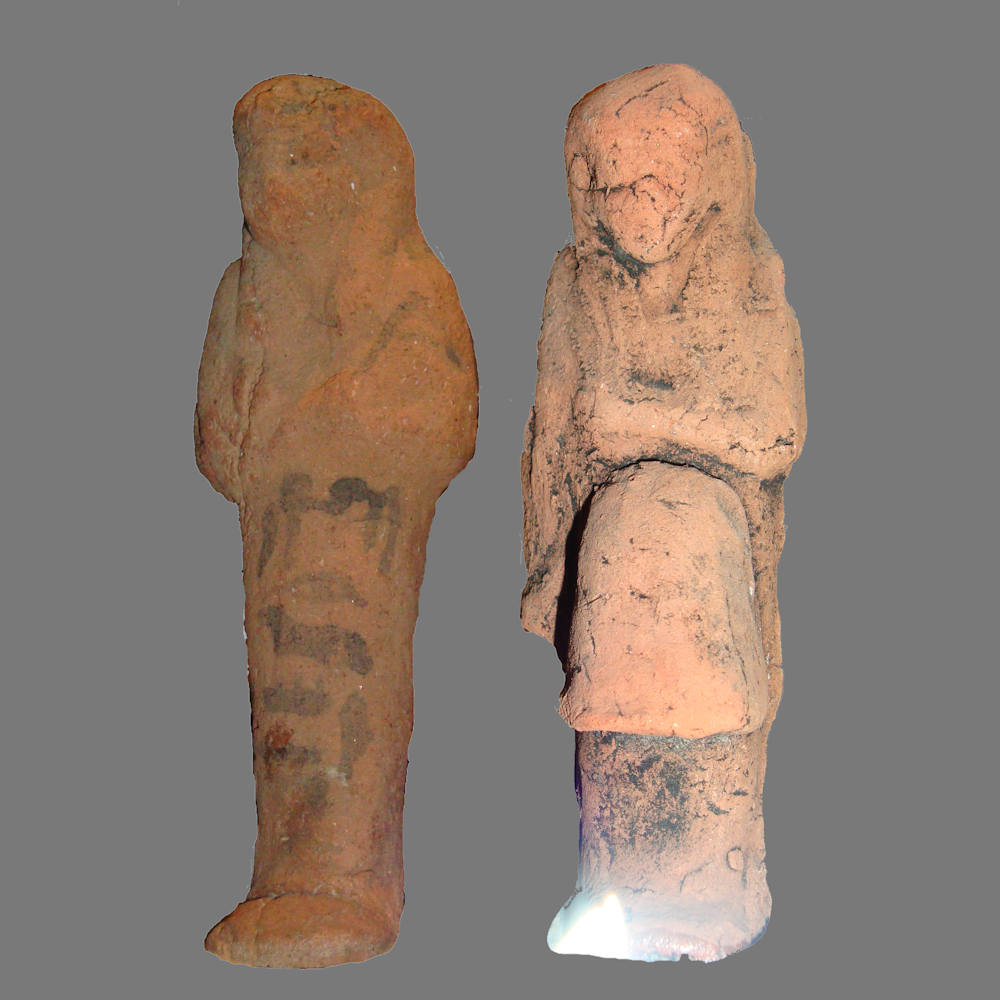