It is assumed that Henuttawy is a daughter of Ramses XI, the last king of the 20th dynasty. She becomes Pinedjem I’s first wife, has many titles and plays an important role at court. Originally she has her own tomb in an unknown location, and before she is interred in the secret cachette her mummy boxes are stripped of the gold that covered them. Wiki 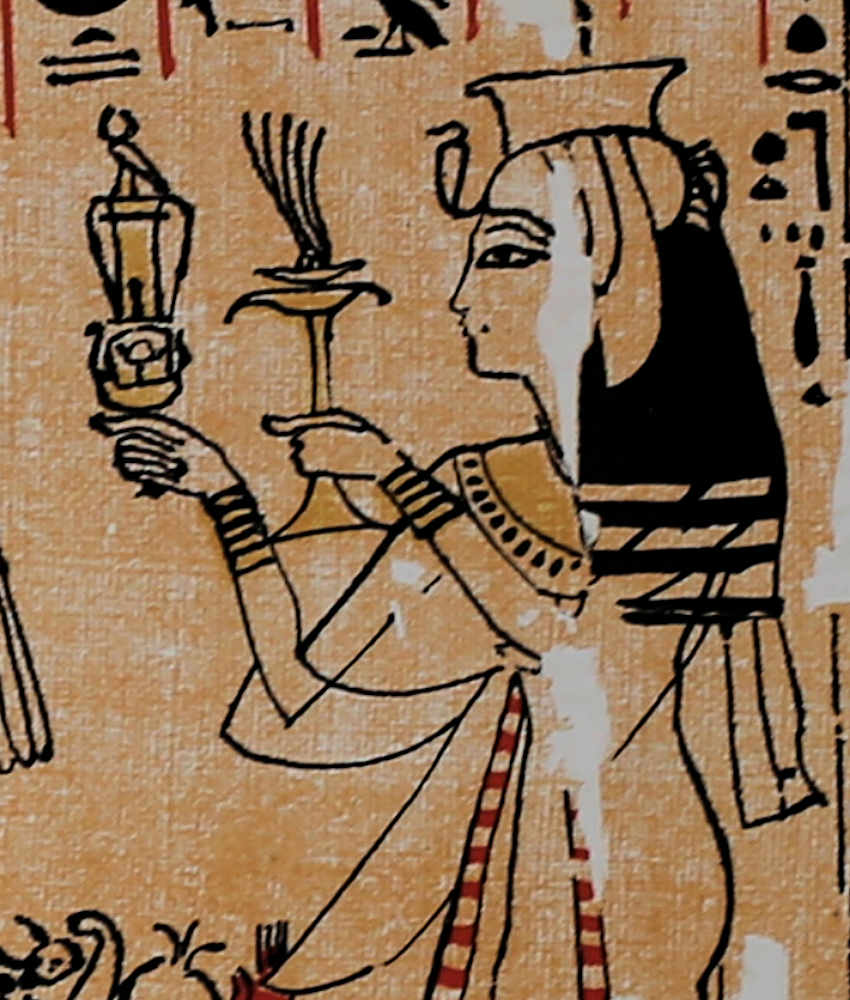 Amduat papyrus for Henuttawy A