Niece and second wife of Pinedjem II, mother of Nestanebetisheru. She was the daughter of the lady Takhentdjehuti and of Nesbanebdjed II (Smendes II) the son of the priest-king Menkheperre. Her coffins, most likely originally made for Isetemkheb D, were already stripped of their gold coverings in ancient times, and her heart scarab was stolen by the Abd-el-Rassul family, but it was recovered and taken to the British Museum. 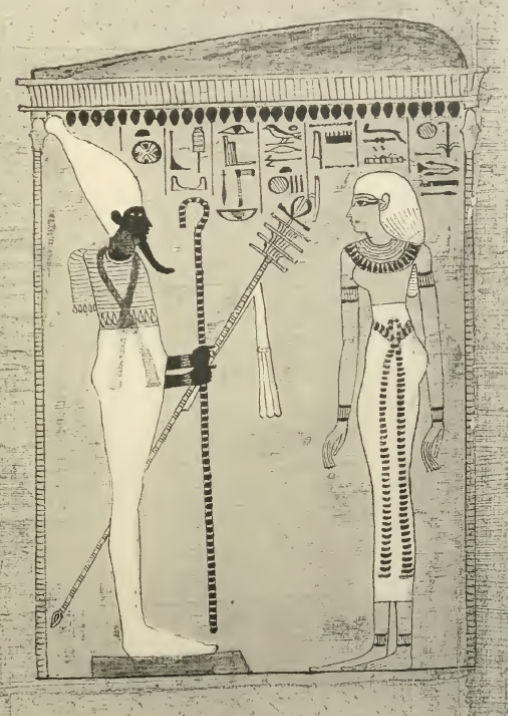 Book of the Dead papyrus for Nesykhonsu B/W