Qenna – qnnA
Provenance Thebes
Added to the collection of the RMO in 1835 and the longest papyrus in the museum’s collection
Early 19th Dynasty 1275 BC
Ranke I, pg. 335, 19

The RMO has managed to safely conserve this papyrus for almost two centuries. Soon after purchase, it was reinforced on the back with a thin and transparent paper called papier végétal. Because during the ages the background and the papyrus shrink and expand in different ways, the underlying paper had to be removed. It took three years and a lot of patience of the conservators to get rid of glue and different subsoils. In 2022 the papyrus was temporarily exhibited in its entirety. 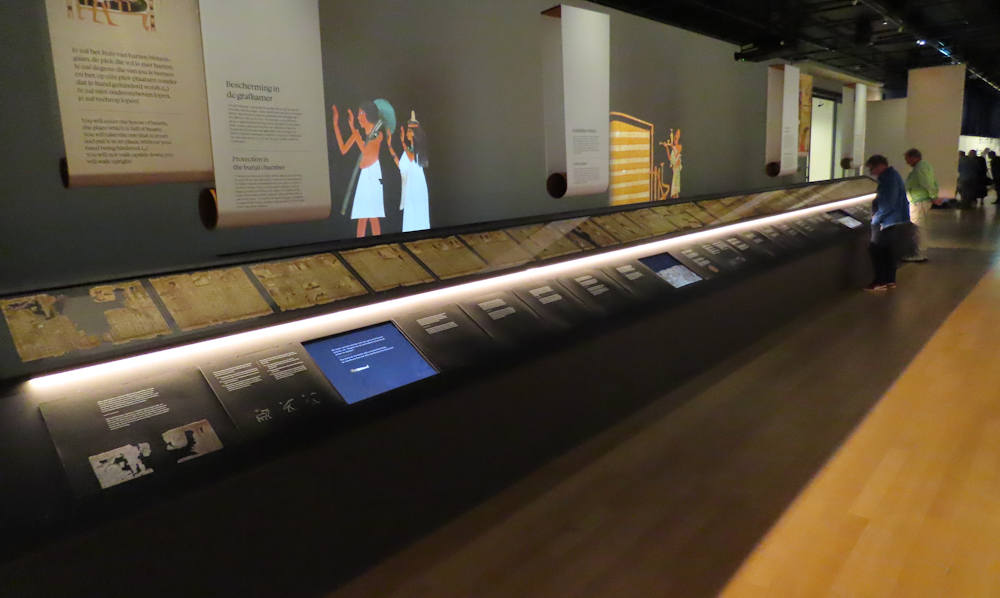 Book of the Dead papyrus for Quenna (17 metres)