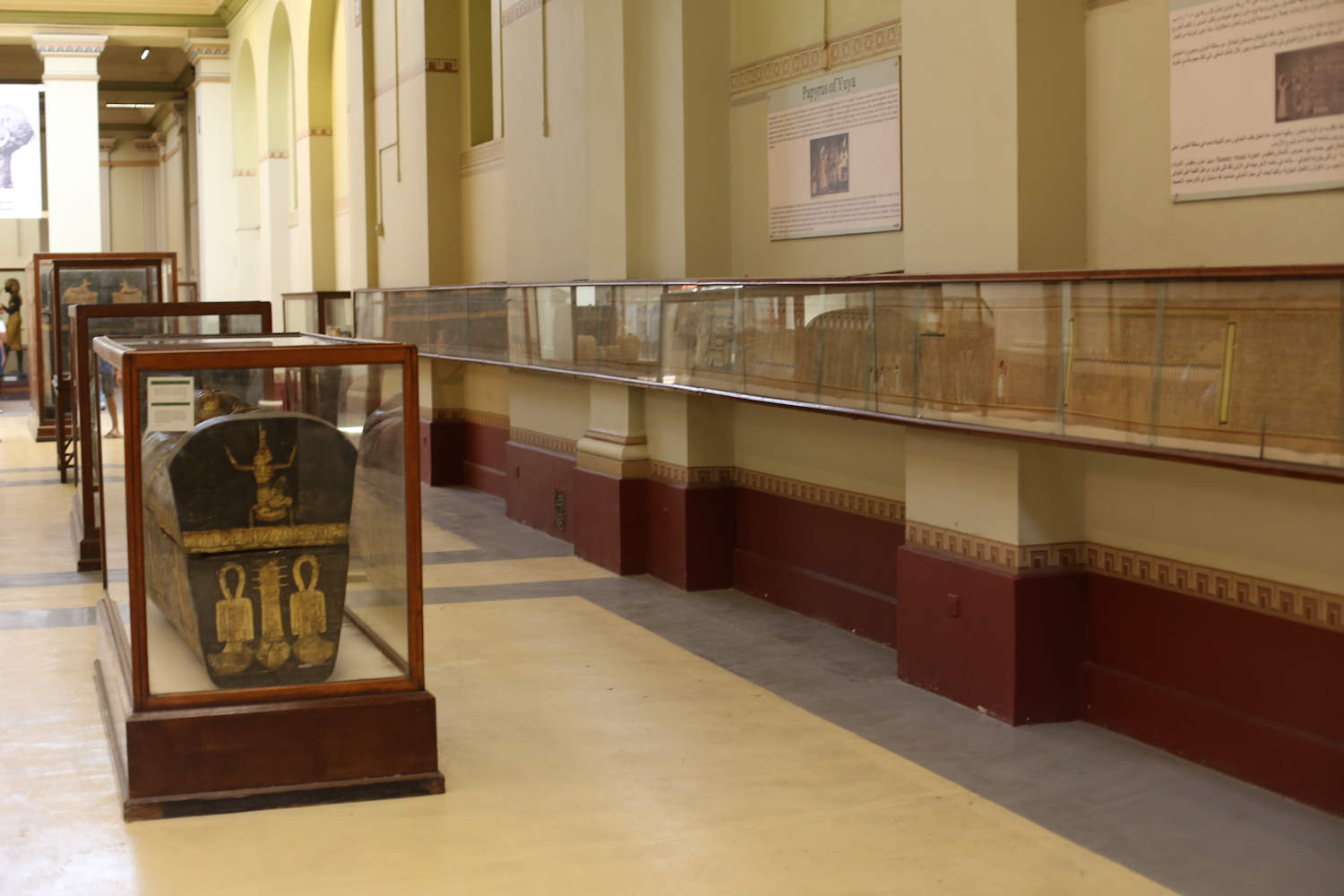 Book of the Dead papyrus for Yuya (20 metres)

Book of the Dead for Yuya, length 19.70 metres, height ? cm
BD JE – , CG -, inventory numbers not yet found
The papyrus consists of 34 written and illustrated pages and a narrow blank page on the right
Photo and panorama view VB 2021 (quality remarks) – compilation is around 10mb

References:
The Funeral Papyrus of Iouiya by Theodore M. Davis, 1908
Coming forth of (Yuya and Thuya papyrus) by day – Informative video on Facebook about the restoration, conservation and exhibition of the longest papyrus ever exhibited in Egypt